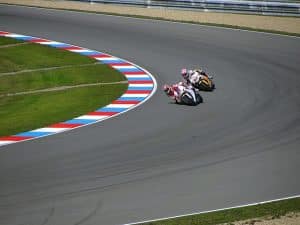 This post originally appeared on Courtney Belolan’s website on February 11, 2016. Belolan is the instructional coach for RSU2 in Maine.

Pace, as it is commonly understood and applied in education, is at its root a concept that is in conflict with learner-centered proficiency based education. Educators think about pace as the rate at which the curriculum scope and sequence moves. One big problem with pace is that it is usually set by someone other than the one doing the learning. Another big problem is that teachers, schools, and districts use pace as a subjective measure of performance. In both of these cases, the learner is not at the center of the learning and the industrial model of education is perpetuated.

Who decides pace? Who should decide pace? Do we even need to have a pace? If we do, how do we decide what the pace should be? How do we know if it is too fast, or too slow? ​

As an objective statement of the “middle of the road” learning rate, this could be useful. There are likely curriculum designers and educators out there that have relied on some kind of statistical analysis to set the pace of their scope and sequence. I haven’t met any yet. Instead, I have met educators and leaders who determine pace by using something like the oversimplified steps below:

Even in cases where instruction is very much centered on competencies the concept of pace is still very much at the center. Students are expected to work at “teacher pace or faster.” When a student falls “behind pace” they have to deal with similar consequences as when a student is missing work or failing in the industrial model. The problem of being “behind pace” has only two causes: either the learner is working at an inappropriate level, or the learner is neither engaged in nor motivated by the learning environment. Nobody wants to intentionally place consequences on a student who is not yet ready to perform at a particular level. Unfortunately we do still tend to, in many cases, want to intentionally place consequences on students who are not engaged or motivated.

Pace only works as an objective reference in a learner-centered proficiency based environment. It is reasonable to have some kind of metric to refer student learning pace to. This is even more true when the reference pace lines up with developmental benchmarks. I say refer because it implies less of a judgement then compare. The point is not to make a performance judgement about ability or behavior based on where any particular learner is in relation to any other learner, or the median performance trend. Instead, use it as a piece of information that adds to a larger picture and supports the decision making process about their learning. After all, a major tenet of the learner-centered proficiency based education is that people learn at different rates. And that is ok, period. Pace, as a subjective measure of performance, does not honor that belief.