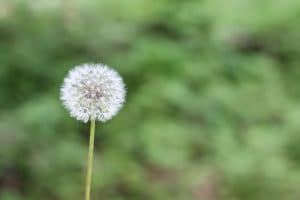 This is the twenty-first article in the series Implementing Competency Education in K-12 Systems: Insights from Local Leaders.

Bob Crumley explained that in the early years of the transition at Chugach School District, he felt like he was “pulling weeds.” As the team implemented the new instructional models, they kept stumbling over practices and operational issues that were rooted in the traditional, time-based system. For example, students were learning through extra-curricular activities, but CSD wasn’t including that performance data within their system. They turned extra-curricular activities into co-curricular activities by building in processes, students, and stakeholders until they began to see that learning occurs anywhere and at any time. Expanding the walls of the classroom to include athletics, student government, field trips, the arts, and career development created opportunities for students to pursue high interest learning opportunities.

Both Brian Stack, Principal at Sanborn Regional High school, and Jonathan Vander Els, Principal at Memorial Elementary, have described having to refine their grading and scoring systems after the first year of implementation. Stack pointed out, “As a leader, what stood out for me as an example of resolute leadership was when my fellow administrators and I had the courage to recognize that a decision we made was not working, and we were able to make a change mid-year. It would have been very easy to use that mistake as an excuse to go back to our old system, but we managed to stay true to our vision for competency education and find a way to overcome the hurdles and roadblocks that were put before us.”

Keeping the community engaged throughout implementation is critical. As Pittsfield School District began implementation, they alerted their Community Advisory Council (now called the Good to Great Team) as they hit implementation issues to engage them in problem solving around mid-course corrections. Rick Schreiber of the Reinventing Schools Coalition cautions, “Often a district will establish a strong shared vision but fails to implement regular communication with stakeholders to seek out further input. In the beginning, stakeholders are building trust, and there is excitement about the upcoming changes. The second and third years are critical for leaders to continue the shared vision process to address the social, emotional, and logistical issues that arise from second order change.”

Something to Think About: Culture change is slow and needs constant reinforcement. Fidelity of implementation will be dependent on the ability of district and school leadership to tap into the motivational drivers of educators and engage with skeptics to overcome their resistance. Leadership attention is needed to fully integrate new practices.

Principals will find that as teachers stretch themselves to meet the needs of students, there will be significant demands to increase the responsiveness and flexibility of the school to provide resources. If schools didn’t organize a flextime for instructional support, they will want to do so immediately. There will also be demands for more modular calendars so that frequent regrouping can happen to help students who need additional support advance to where their academic and grade levels are closely aligned (i.e., staying on track).

Memorial Elementary School found that their competency-based approach “fit flawlessly into our tiered-response model.” Still, creating a schedule wasn’t easy. Team leaders worked together to devise a schedule that provided time for intervention and extension, the LEAP block, for every grade level. There were varying points of views and considerations about how to do this, and they ultimately designed a schedule that took into account the developmental needs of students. The result is that every student can get extra help on whatever is most challenging to them every day. Similarly, Pittsfield School District had to go through several iterations before landing on a fairly traditional schedule four days of the week, with Wednesdays having a late start and shorter classes to create time for teachers to meet and pursue professional development, to have a block of time to support students academically and in leadership development, and to offer the high interest, project-based learning in Studios.

Something to Think About: Practices that need to be discarded or refined are often related to the master schedule; assessment, grading, and reporting; honor roll and valedictorians; competency recovery; athletic eligibility; and transcripts and college and career planning. Some of the mid-course corrections will be easy to facilitate, while others will have much more complexity, challenge deeply held belief systems, and may even feel counter-intuitive.