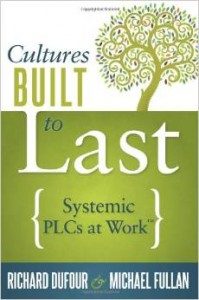 I work for the Sanborn Regional School District in New Hampshire, a district that was an early adopter of a K-12 competency education model, one that is now in its fifth year of implementation. My fellow administrative team members and I regularly receive questions from educators around the country who are looking to implement a similar model in their schools. One of the most popular questions we receive is, “What kind of leadership is necessary from district and school-based administrators in order to effectively implement a competency education model?” When I am asked this question, I am reminded of a passage in Dufour and Fullan’s (2013) book on sustaining reform, known as Resolute Leadership:

“Ultimately, the most important factor in sustaining reform is the willingness of leaders at all levels to demonstrate resolute leadership in the face of adversity. Resolute leaders anticipate opposition and honor opponents rather than vilify them. They don’t quit in the face of resistance. They don’t become discouraged when things don’t go as planned. They don’t divert their attention to pursue the newest hot thing. They stay the course. They demonstrate determination and resilience. They maintain their focus on core goals and priorities, and they continue to work, year after year, on improving the system’s ability to achieve those goals, but they are also open to innovations that might enable them to go deeper. More than ever, our educational systems need leaders with the collective efficacy that enables them to persist in the face of problems, plateaus, and paradoxes.”

The concept of resolute leadership has been a foundation for the work of our administrative team at Sanborn. There is no doubt that a move from a traditional to a competency education model is a significant shift for teachers, students, and parents alike. In five years, our teachers have had to completely relearn what they have come to know about best practice instruction. The process is one that some of our team members have coined as Advanced Teachership because it is akin to taking a completely new practicum course in instruction. We have implemented a series of common grading practices that have completely disrupted the way we look at the purpose and function of grades. Our students have had to learn how to interpret learning expectations and outcomes by way of rubrics. They have been put in the driver’s seat to really influence the personalization of their learning pathways at school. For parents, the shift has been one that has taken them very far from the traditional system they grew up with. They have wrestled with questions around understanding how grades are calculated and how this system better prepares their children for later college and career success.

Our journey to make this significant shift with our stakeholders has been one of ups and downs, one that further emphasizes Dufour and Fullan’s point about the need for leaders to display determination and resilience. I am reminded of a time a year or two in our implementation when I was challenged by this. In that year, we had decided to start to make the shift from using a 100 point percentage scale to a 4 point rubric scale to report final grades. As part of the transition, we decided in year two to reduce the 100 point scale from 100 to 50 values, an effort to start to simulate the 4 point rubric experience. By the first two months into that school year, it became apparent that our approach had a fundamental flaw: By eliminating the values of 0-49, the new lowest recordable grade became a 50. Teachers, understandably so, were having a difficult time with the notion of giving a child a 50 for work of poor quality, or even for no work at all. They dubbed it a fake fifty because they felt they were giving students something for nothing. The use of the term fake fifty bothered me a great deal, because I knew that our decision was not having the desired impact on our teachers or on our students. Two months into that year, we altered our policy to introduce special override codes of Not Yet Competent (NYC) and Insufficient Work Shown (IWS) for teachers to use when students produced work of poor quality or no work at all. The codes eliminated the need for giving students 50s, which were indeed a false representation of their competency level. Until our school was ready for a school-wide rubric scale, that was a better compromise for us at the time.

As a leader, that example stood out for me as an example of resolute leadership because my fellow administrators and I had the courage to recognize a decision we made was not working, and we were able to make a change mid-year. It would have been very easy to use that mistake as an excuse to go back to our old system, but we managed to stay true to our vision for competency education and find a way to overcome the hurdles and roadblocks that were put before us.

Making the transition from traditional to competency-based grading is messy. No matter how much you plan for it, administrators and teachers will feel a sense of building the plane while flying it in those first few years of implementation. My advice to administrators looking to make this transition is simple. Practice the idea of resolute leadership. Stay the course in the face of adversity. Stay true to yourself and to the model. Trust that your teachers will stand with you, and together you will face the challenges that will lie ahead and find a way to work through them as a school community. Your patience and persistence will be rewarded.