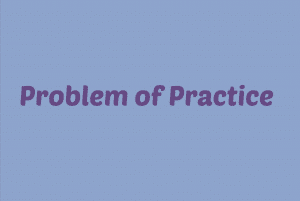 1. Insisting on moving to a 1-4 grading scale too early. Many, many districts moved to adopt the 1-4 grading scale almost immediately. This decision initially draws public attention — but it ends up focused on grading not learning. And it fails to help people understand “why” schools need to change. Furthermore, early grading changes have continued to create problems because they are poorly implemented. (See the article about what needs to be in place before you introduce standards-based grading.) The result is that parents are raising concerns about standards-referenced grading as a form of communicating how their children are doing in school.

On top of poor implementation problems, although higher education has been supportive many scholarships across New England still ask for and require letter grades (and these are far too numerous to get at all of them), and the NCAA, while entirely supportive, requires A-F reporting. At the end of the day, it is a large draw down on a district or schools political capital to make this shift and only a small philosophical victory. FYI, in those states advancing comepetency education through state policies changes in grading are not required.

Getting Implementation Right: There are three lessons from higher quality competency-based schools across the country:

#1 Only introduce changes in letter grades after you have laid the foundation and engaged the community in creating a shared vision so they understand why personalized, competency education will benefit students.

#2 Make sure you put the core culture, structure and instruction/assessment in place so that the standards-referenced grading contributes to creating a culture of learning and can be motivating to students.

#3  Even though GPA ranking was developed as a way to sort students and has little to do with what students know and can do, be prepared to continue to use letter grades or convert to letter grades to produce GPA rankings to meet the needs of scholarships and the NCAA.