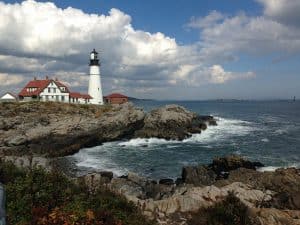 Maine has long been an innovator in education, stemming back to the Maine Learning Technology Initiative. Now all eyes are on our corner of the country as we transition from a traditional seat-time high school diploma to a proficiency-based diploma.

Historically, Maine has spurred national, paradigm-shifting discussions about how we “do school.” We have pushed many state districts to make significant policy changes that align with instructional and educational best practices, and have encouraged teachers, administrators, and districts to innovate educational systems design. I believe the new proficiency-based diploma requirements are yet another beacon of educational leadership and innovation, one that will alter our education system in meaningful and lasting ways.

But what exactly are these new kinds of diplomas, and just how difficult a transition do they pose to educators?

First, the basics. In 2012, Maine passed a law requiring that by 2018 all students would graduate with a proficiency-based diploma; the law then went through a major update in 2015-2016. The Maine DOE defines proficiency-based education as an academic assessment approach that requires students to demonstrate mastery of certain skills before they progress to the next lesson, get promoted to the next grade level, or receive a diploma. You can find the official definition here.

To me, proficiency-based education is about drawing lines in the sand of learning. It’s about recognizing that, if traveling to Boston, you don’t say you’re in Boston until you’re in Boston. It’s about knowing who you are, what you know, and what you can do. And, most importantly, where to go next.

There are many challenges facing districts, schools, teachers, students, and communities in this shift to a proficiency-based system of learning. Below are the four I believe loom largest:

How do you define “proficient?” Maine is a local-control state, and the districts have a level of autonomy in deciding how proficiency is defined. This has been challenging, as each district has designed systems around proficiency-based learning with varying definitions of what it means to “be proficient.”

In my district, we have worked with teachers to look at and break down standards using three major criteria for defining proficiency: content, autonomy, and complexity. Both the content and the autonomy in a standard should be easy to identify. We use the Marzano Taxonomy to help us define the appropriate level of cognitive complexity embedded in the standard, and from there have our staff scaffold a proficiency scale.

Maine is a large—and largely rural—state, with a dwindling student population. As in many rural areas, finding highly qualified teachers in specific content areas can pose challenges. World languages have been some of the most difficult positions to fill, yet they are a requirement for earning a proficiency-based diploma. In other words: no world language program = no diploma.

As a result, some high schools are filling human vacancies with computer programs such as Rosetta Stone. This dynamic is changing the perception of teaching and learning. On the one hand, anywhere/anytime learning can be a strong force in engaging students. On the other hand, there is no more impactful force on student learning than an effective teacher.

My district has been experimenting with a revolutionary concept of aligning computer science and coding to world languages. While we do have world language teachers in the high school, our limited staff, rural location, and decreasing budgets make it a struggle to support all students in meeting this graduation expectation. Further, in our globalized and connected world, we believe that CS and coding are more than just math and science—but are revolutionizing language in a way that is comparable to what Johannes Gutenberg did with the printing press.

Special Education is, and will continue to be, the real X-factor in proficiency-based diploma work. It is in this area that I believe Maine will be a beacon for innovation in the design and implementation of educational systems and diplomas. Indeed, Maine’s DOE recently released guidelines to help districts answer many of their continuing questions about developing systems that meet the needs of students with disabilities.

Some districts are now planning to offer “Certificates of Completion” or “Certificates of Attendance” in lieu of diplomas for students who may not be able to meet proficiency in all state standards. Some districts are taking another approach, suggesting that diplomas should be based on a different set of standards for students with significant disabilities.

This question poses other questions: Why does there have to be only one, summative, cookie-cutter diploma for all kids? Could we design a system that effectively and explicitly synchronizes the transcript document AND the diploma document? Can we help schools and districts more accurately, efficiently, and effectively communicate not only what the student has learned, but to what degree and level of depth has the student learned it? A few districts in Maine (mine included) are working on designing such systems, and I believe that innovations like these will have significant impact on our industrial-age education system.

There is a perception among many that if teachers switch from a percentage-based system of grading to a 1-4 system of grading, they’ve successfully transitioned to proficiency-based assessment. Many schools and districts have implemented practices to eliminate percentage based grading and adopt a rubric-style of grading, yet have not yet changed the culture of grading. If, for example, a school has transitioned to a 4-point rubric scale and assigned a “3” as being proficient, I ask the question: what happens when a student gets a 2?

Too often, the answer remains the same as before the shift: they fail, or they become ineligible, or they need remediation, or they partially met the standards. All of this language misses the point of a 2 on a 4-point scale. If a 3 means the student met the standard, then a 2 means the student is learning, and is exactly where s/he should be at the moment. A 2 should be intentionally scaffolded to put students in the zone of proximal development. It should push them to productively struggle with the complexity of the learning, autonomously, using the required content. Proficiency-based education is about constantly challenging yourself to learn more, and thus be constantly earning a 2.

Maine’s proficiency-based diploma law has both supporters and skeptics. It has hurdles to overcome, many of which have not even made themselves known yet. As educators and communities committed to designing education systems for student learning, we must continue to push ourselves to innovate and challenge the status quo about how we “do school.” The end result will be a system that is focused on the needs of those who matter the most to all of us—the learners.

Matt Drewette-Card has been the Director of Curriculum-Instruction-Assessment for AOS #94 since 2012. He is recognized as a visionary leader in Maine’s transition to a proficiency-based learning system, technology integration, educator effectiveness, creative and effective instructional techniques, and design thinking. He is one of the #EdChatME Design Team members (Twitter), co-founder of MooseCamp, and a school board member for MSAD #75.