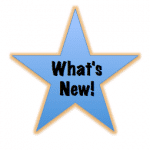 Brian Stack and Jonathan Vander Els are publishing a book on September 27, 2017 titled: Breaking with Tradition: The Shift to Competency-Based Learning in PLCs at Work. Learn more and preorder here.

On Race and Equity

All blog posts from Natalie Slocum