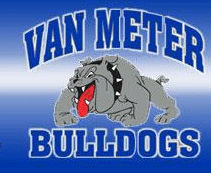 I recently had the opportunity to visit Van Meter School in Van Meter, Iowa with Sandra Dop, Consultant for 21st Century Skills at the Iowa Department of Education and facilitator of the Iowa Competency-based Education (CBE) Collaborative. Two faculty members accompanied us from Drake University’s School of Education, Dr. Randy Peters and Dr. Laura Kieran. They are members of the CBE Collaborative, bringing vision, curiosity and dedication to scoping out the future of competency education in Iowa.

Van Meter Community School District is a small district located 15 miles outside of Des Moines. It has one school building comprising K-12. Total attendance is 677 students, of whom 158 chose to open enroll into the district (students in Iowa can enroll in another district of their choice). The Mission of Van Meter Community School District is “to personalize learning for each student’s success, today and tomorrow.”

Van Meter is transitioning to full-school competency education, but has been doing standards-based grading school-wide in K-12 for three years. Elementary Principal and Director of Teaching and Learning Jen Sigrist explained the evolution: “We had a few teachers trying it before (five and six years ago), which led to each secondary teacher trying it for at least one class four years ago. After that, we made the move district wide. The last team to come on board was 5th grade mostly because they were not included in the secondary conversations and were preparing kids for the secondary by giving traditional letter grades in the past. They were happy to jump on board with the entire district three years ago.”

The school has implemented three elements to support its transition to competency education: 1) an understanding of the standards upon which students will be assessed, 2) a school-wide, multi-tiered strategy for offering support, and 3) walking the talk with teachers implementing competency-based strategies based on their own expertise and comfort. Van Meter is a fascinating microcosm of the stages of implementation of competency education within a single school building.

1)    An understanding of the standards upon which students will be assessed.

Van Meter uses the Iowa Core standards as the basis for proficiency-based grading. Teachers meet regularly to discuss the standards and support each other in standards-based grading. According to Jen Sigrist, when it comes to subjects and meta-cognitive skills not covered by the Iowa Core, they look to other national standards. “As for the non-cognitive skills, that’s what we envision using our competency statements for. We will include those skills within a larger umbrella of competencies and eventually report on those as well. For now, the elementary reports our PBIS Bulldog Beliefs in our SBG and the secondary has removed behavior from the academic standards. I don’t believe any behaviors have been reported for SBG to the secondary parents.”

Van Meter has developed a school-wide approach to providing support. This is a critical step between standards-referenced grading in which students are still passed on with C’s and D’s and standards-based grading in which the goal of the school is to ensure learning, not just the delivery of the curriculum.  Van Meter is using multi-tiered systems of support. This scoring system based on standards helps to quickly identify what students need for Tier II or III, regardless of whether they’re struggling or advanced. They also have time built into the schedule for personalized instruction, which is provided either in small groups or digital platforms.

3)   Walking the talk with teachers implementing competency-based strategies based on their own expertise and comfort.

Each teacher is given the freedom to implement competency-based strategies at their own pace, thus there are a wide range of classroom practices. In some classrooms, there is less personalization with whole group or large group instruction. However, every student is supported through multi-tiered supports and interventions.

The teacher with the most advanced approach had kicked off the ceiling allowing students to advance beyond the course. Mr. Armistead, the high school science teacher, has created a highly personalized approach using blended learning. He has placed all of his lectures, materials and assessments on Moodle. Over the years he has videotaped his best lessons and gathered his best materials. Yet he still offers live lectures for those who prefer it, when they want it (about 1/3 of the class does, in fact, prefer the live lectures).

His instructional model allows him to have students in different science disciplines in the same classroom. Students can go at their own pace; in the chemistry class we visited a few of the students had advanced out of chemistry and into physics. Armistead looks at student data every day: He explained that instead of spending most of his time preparing and delivering lessons, he is now spending most of his time looking at where students are and helping them individually.

The conversation with Dr. Peters and Dr. Kieran from Drake provided even more insights into the larger systemic issues that need to occur to align the system with competency education. They are looking at how they can make changes to their teacher prep program to prepare teachers for competency-based environments. They see a necessity to intentionally train teachers for these environments, and also to model it by creating more competency-based teacher prep programs. Randy Peters blogged about Drake’s evolving approach to teacher preparation here.