This is the second post in a series about the Chugach School District in Alaska. Links to the other posts are provided at the end of this article. 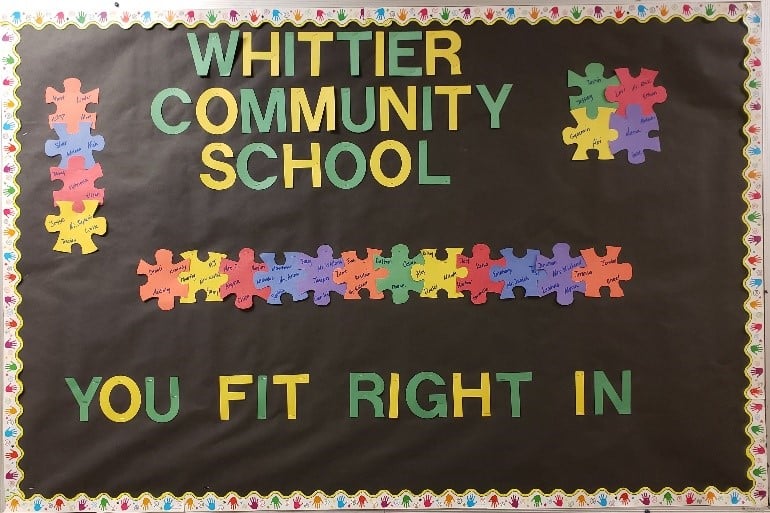 When teachers talk about the challenges of competency-based education, they tend to focus on big, structural changes such as varied pacing and pathways, diverse assessments, and student agency. So when I asked teachers at the Whittier Community School about their biggest challenge, I was surprised when two of them independently mentioned helping parents understand and embrace the system.

“One of the biggest challenges right now is the influx of new families,” Teacher Lindsey Erk said, “and educating those families on what type of system we are, when 99% are used to a traditional system.” Teacher Andrea Korbe said, “I think the biggest challenge every year is helping families understand what competency-based really means. Because parents are always trying to hang their children’s education on the framework of their own education. Naturally, that’s their lens for understanding it. Understanding competency-based is my job, so it makes sense to me, but we need to help parents understand it bit by bit, as their kids grow and things change for them.”

This Is Just The Way It Is

At most other schools I’ve visited, parents and guardians had a choice to send their children to a different school or to select the traditional track in a school that offered both traditional and competency-based options. But reaching the nearest school to Whittier requires paying a hefty toll to drive through a long, single-lane tunnel that only opens in each direction for 15 minutes per hour—and then driving well beyond that.

“We’re in a unique situation because we’ve been at this for a number of years,” Korbe explained, “and when a parent comes in, this is just the way it is. There’s no discussion of ‘Do we want to get on board?’ or ‘Do we want to change this?’—which is where many schools are. And given the transient nature of our community, every year we’re onboarding more parents throughout the year. We need to say ‘This is what this means, this is how it looks, and this is how our system progresses.’ So it’s just this continuous loop of information that you’re trying to move everybody through.” 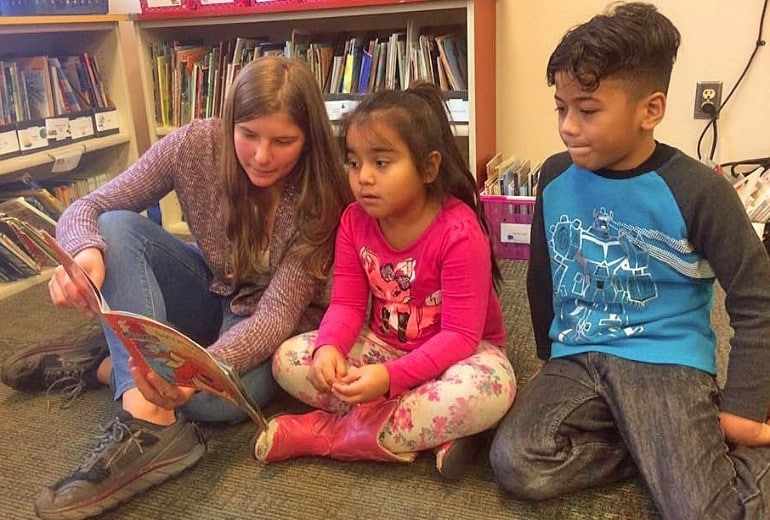 These teachers’ perspectives show one version of what bringing parents into a mature competency-based system can look like. In some ways it sounds like what parents encounter in the traditional system, in the sense that the school’s basic approach to education isn’t really up for negotiation. But what’s different is the level of effort and the types of strategies used to bring parents on board and help them understand. Much like competency-based instruction for students, the strategies for parents also have varied pathways and personalization.

“We have tried a number of things,” Korbe said. “It’s different for every person. When you’re first enrolling, we give you the 30,000-foot view. Then as your student is in our system longer, through conferences and other one-on-one parent meetings, you continue to educate them about ‘This is where your student is, and this is what will come next for them,’ and ‘Yes, they’re making progress,’ or ‘No, they’re not—and that’s concerning.’ So you’re working through it, usually with parents one on one. We’ve tried some community parent meetings, but that didn’t prove very successful for us. One on one has been more effective. Because you can get more into the nitty gritty. I can’t talk with a parent about their kid in front of an entire group of parents, and answer their particular questions. That’s not ethical.” It would be easy to imagine a larger school, with 50 or 100 new students entering every year, making greater use of group orientation strategies, but clearly there is no substitute for individualized discussion when possible.

Both teachers felt that parents whose children entered the school in the early grades have been more successful in understanding the educational approach. Erk explained that it’s essential to meet with families often when their children first enroll, and convey repeatedly over time that “seat time no longer matters, that you can sit in a class all semester long and not master the content. So teaming up with parents and kids to make sure they understand that mastery is what we’re looking for, not seat time. It’s a lot of conversation. It’s a lot of small bits of information at first, then slowly building on it.”

“It’s not a good fit for some parents,” she added. “You have to have an open mind. Some people want an ‘A’ or an ‘F’ on a report card. Sometimes we need to tell parents that they can translate it however they want in their minds, but Whittier is going to report it according to our categories”—which are Emerging, Developing, Proficient, and Advanced. For more quantifiable subjects such as math, they also tell parents that Proficient corresponds to reaching 80% on end-of-level assessments.

Student-led conferences also play an important role in bringing parents into the school. Erk explained that in the cultures that most students’ families come from, it’s not consistent with cultural norms for children to speak extensively to adults as the discussion leader. (More than half of the Whittier families came to Alaska from the Philippines, American Samoa, and Guam, and several other families are native Alaskans. We did not discuss which of these cultures hold particular cultural norms.) Teachers explain to parents why the school believes it’s important for students to direct the discussion in these ways. They said that most parents come to see the value in student-led conferences, because they see how excited and invested their children are in their learning, and it helps parents understand the school’s approach to education.

One optimistic conclusion to draw from parent issues being foremost on the Whittier teachers’ minds is that in seasoned competency-based systems like Chugach, perhaps some of the biggest structural changes that challenge newer systems have reached a well-functioning, steady state. If so, staff can focus on the next tier of implementation challenges in their pursuit of continuous improvement.