This is the first post in a series about the Chugach School District in Alaska. Links to the other posts are provided at the end of this article.

The Chugach School District in Alaska is one of the longest-implementing competency-based education districts in the USA, and it offers valuable lessons for schools and districts across the country. This blog series will share some of those lessons from my recent visits to the Whittier, Tatitlek, and Voyage schools in the Chugach district. This first article on the Whittier Community School focuses on Chugach’s approaches to grade levels and age groupings.

Despite its small student population, Chugach is huge geographically. My three-day loop began at the Voyage School in Anchorage. A 45-minute bush plane ride over mountains and glaciers brought us to the Tatitlek Community School, in a 200-person Native Alaskan village with no road access. From there it was a five-hour trip to Whittier on a once-per-month ferry across spectacular Prince William Sound. On the hour drive back to Anchorage, we left Whittier through North America’s second longest tunnel, drilled 2 ½ miles through a mountain for a secret World War Two military base.

To understand Whittier and Chugach, it helps to understand the basics of their standards and levels. Their standards span 10 content and process areas – Career Development, Culture and Communication, Math, Personal/Social/Service, Physical Education and Health, Reading, Science, Social Studies, Technology, and Writing. Each set of standards has 8 to 10 levels that students move through during their journey from kindergarten to graduation. Each standard has several learning targets that increase in complexity as students advance to higher levels. Their progress on each learning target is tracked through the district’s online learning management system, which also tracks a variety of student work such as individual projects and career transition plans. 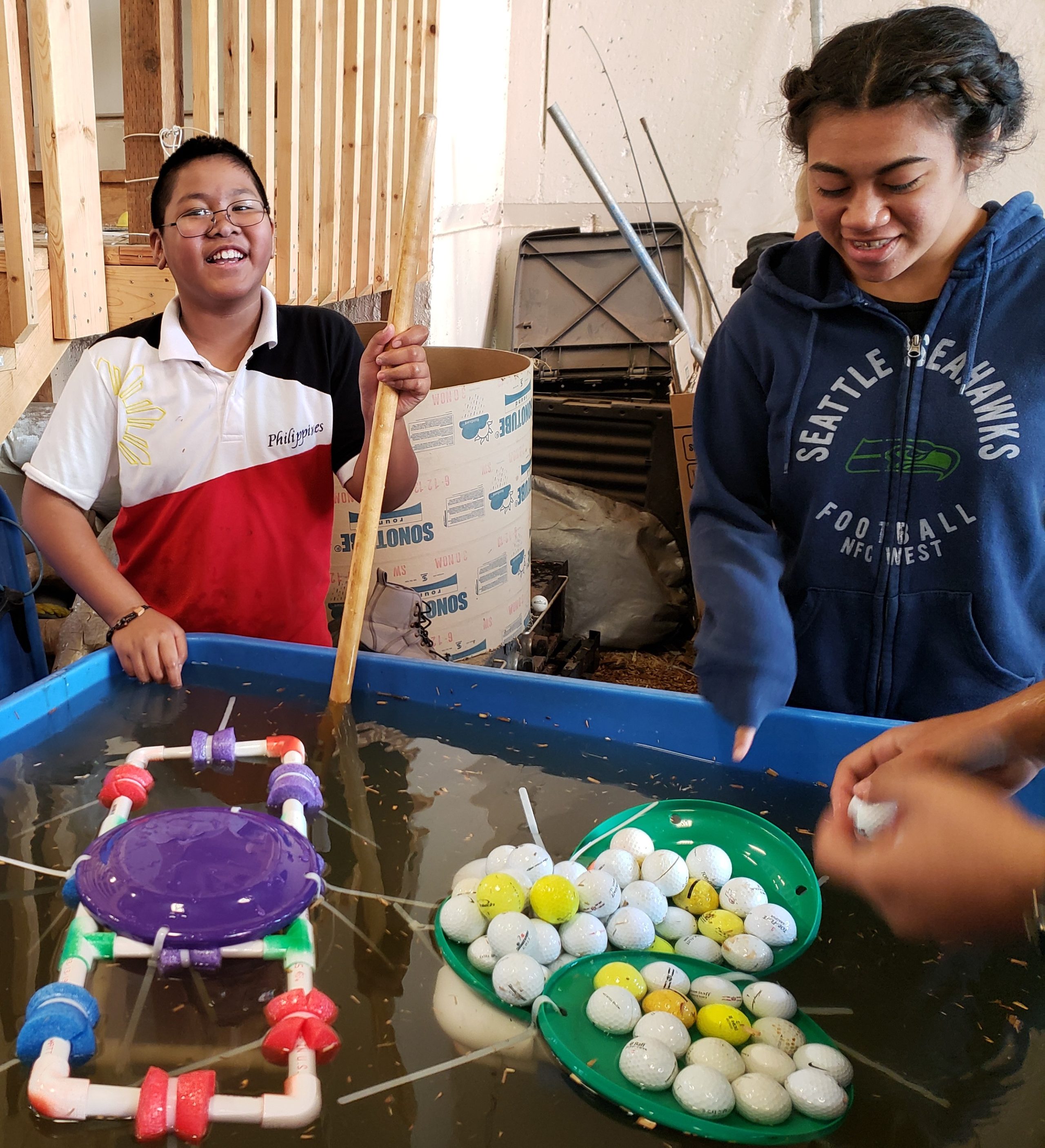 A student can be at Level 4 in Reading, Level 5 in Personal/Social/Service, and Level 6 in Science. In fact, being at different levels in different standards is common, since the school doesn’t have grade levels. This leads to multi-age groupings in all classes. One student told me that she was in math class with high school students before she had formally entered middle school. She said it was hard to be in classes with much older kids, but it was good to be able to receive instruction targeted to her ability level.

(An earlier draft of the previous sentence ended with “it was good to be able to progress at her own pace.” Chugach principal Doug Penn’s comment on that wording contained just the type of valuable insight I was on the lookout for while visiting a mature CBE district: “We have been trying to dispel the idea that competency-based education is ‘learn at your own pace.’ Even though that’s true, those words often make people think it’s a passive method of working with students, when in fact we believe it’s a much more intentional model of instruction. What we have begun to say instead is that ‘students are receiving instruction targeted at their own ability levels.’” I don’t remember the student’s exact words, but Penn’s suggestion seemed important to act on and share.)

Multi-age groupings are essential at Whittier, because the whole K-12 school has four teachers and 51 students, but larger schools also use multi-age groupings productively to facilitate competency-based learning strategies such as varied pacing and pathways. More generally, multi-age groupings are an efficient way to use teacher time in a competency-based school. They allow teachers to support small groups of students who are working on the same competencies regardless of age or grade level. That reduces each teacher’s preparation demands, because not every teacher needs to be ready to support every competency.

Whittier teacher Andrea Korbe previously taught in a traditional school, and she believes that being able to support students at their current competency level, regardless of age, leads to deeper engagement and motivation: “One thing that’s going well is the kids’ enthusiasm for learning. In a competency-based school you hang onto that love of learning that young students innately have for a longer period of time. Up until this year I also taught through the middle school, and I had a group of really engaged, excited middle school learners, which is not the stereotypical middle school kiddo that’s out there in the culture. And I think a lot of that is because you’re presenting the next right thing for them to learn. They haven’t felt minimized – like ‘I’m behind’ at something. It’s just ‘This is what’s next for me.’ That’s a really positive thing that happens for our kids.”

When Korbe began explaining that some parents are nervous about having 12-year-olds and 18-year-olds in the same room, I thought she was going to say parents feared negative influences from older students, but that wasn’t the issue. It was just that many parents have internalized the traditional model and cultural belief that like-age students are the best match for learning. In her experience at Whittier, learning with students of different ages has benefits for students at both ends of the age spectrum: “The younger student has a great capacity for learning from all the older students in the room, who serve as role models. And the older students get to be that model mentor, and they deepen their own learning through helping and teaching younger kids.”

There are limits to the age range of students who might work on a given competency together. If a high school student transfers into Whittier not knowing his times tables, the school won’t group him with third graders for math class, because it may be too embarrassing or demoralizing. In a case like this, a teacher of older students might go to a teacher of younger students to obtain suggestions on teaching basic math to an older student, or the special education support this learning.

“We decide on a case-by-case basis,” Korbe said. “Ideally you’d always match up students with others at their instructional level. But there also comes a point when their social placement becomes a really important component. We ask, ‘Is that student really going to be successful in this environment, or do we need to find a way to provide instruction at that level in this classroom with similar-aged peers?’ It depends on the kid and the situation.”

Readers may have spotted some language quandaries in this blog post. The talk of “high school” and “middle school” above—even though Chugach doesn’t formally have grade levels—reflect our language’s limited vocabulary for talking about multi-age groupings. This lack of needed words was challenging for Whittier staff, students, and parents alike. There was often talk of being in “12th grade” followed by a side comment of “although we don’t really have grade levels.” One parent told me, “When I asked my daughter what grade she was going into this year, she looked at me funny and said, ‘Well, I’m going into Level 2.’” But the parent also wanted her daughter to be able to communicate with people outside the school and advised her, “When someone asks, you can say you’re in 3rd grade.”

I’m encountering the same challenge as I write about Chugach. A few paragraphs back I wrote, “the whole K-12 school has four teachers”—even though Whittier doesn’t have grades K-12 per se. I tried various ways of saying it, but they all derailed the main point of the sentence. It seems that we need new language and new understandings to communicate these new ways of structuring schools. Your ideas are always welcome. How has your school worked on this language issue? Feel free to email me any time (elevine at inacol dot org) or use the Comments box below for this or any other response you have to CompetencyWorks posts.