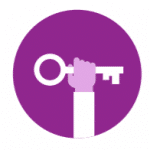 This is the second post in a guest series. Links to the other posts are at the end of this article.

In Part 1 of this series, several essential features were highlighted to design coherent communication of student learning, leading to students fully reaching their school’s graduate profile. The work to create high-quality academic competencies, progressions of personal success skills, and performance assessments is critical and requires educators to have the opportunity to work together within disciplines and vertically across the K-12 spectrum. While this work is ongoing, it is possible to begin changing an existing traditional grading system.

The traditional 0-100-point scale used in arriving at term grades is one of the most inequitable practices in grading and should be at the forefront of grading reform[1]. However, our education systems hold onto this practice tightly, especially at the secondary level. When calculating a student’s average score across multiple assignments, the typical practice is to assign 60 or even 70 out of 100 points to the failing range. This unduly weights down the score, making recovery nearly impossible, even if a student later demonstrates mastery. Moving away from this practice will require thoughtful work explaining its negative impact to key stakeholders.

But what if your community is not ready yet to leave behind seeing a number on a report card? To start the transition, begin by moving your 0-100-point scale to a 60-100-point scale. This will begin the process of improving reliability. As Guskey explains, it’s not possible to make accurate distinctions across 100 levels of quality or competency. It will also better align letter grades against a scale: 60-69 = Not Yet Competent; 70-79 = C; 80-89 = B; and 90-100 = A. This can then be used to assign a 4.0 scale. Now you are on your way to grading reform.

(Oh! What happened to the D? This is one of the easiest and earliest changes that can be made. In educating your school community about competency-based education and drawing from real-world examples, it is relatively easy to point out that a D simply isn’t competent.)

However, moving to a 40-point system while eliminating the D is a positive step forward in beginning to change the professional grading culture and learning culture in classrooms. It is our role as educators to help students reach competency and not merely to record their failures. The system must provide the learning supports for students to address their difficulties in real time, not wait until the end of the term. This is a fundamental part of grading reform. In fact, it is better to hold off on changing your grading system until those supports have been planned and incorporated into your school’s teaching and learning practices.

An essential piece of coherence across K-12 grading reform is the norming of teacher grading practices. Simply put: all teachers must use the same grading practices. There should be no variation in weighting of grades, extra-credit points, or penalty points across the K-12 continuum of teacher practice. The best practices in using homework as a learning support should also be consistent throughout K-12. In my experience supporting schools through multi-year grade reform, homework grading practices are one of the most stubborn barriers. Thoughtful professional learning is needed to build the mindsets and understanding needed to move from one-size-fits-all homework assignments to using homework as high-quality, personalized support for formative learning.

Many changes in grading and reporting require school and district policy changes, such as those listed in the table below. School board members will also need to understand the rationale for changing grading practices and how doing so supports their profile of a graduate. Many standards-based grading efforts have failed when new grading and reporting systems were developed at the teacher level but failed to be approved at the school board level. Our educators’ time and trust are too valuable to waste in this way.

More often than not, when asked to work with schools on grading reform, educators begin by describing the need for a new report card. However, the report card is the final expression in the communication of learning, not the starting point. Instead of generating an entirely new report card, it is easier to change the report card slowly as grading practices become equitable and uniform.

In the third part of this series, the unique challenges of moving from traditional grading and reporting at the secondary level will be explained. These changes are not an event but a process that requires thoughtful leadership, deep professional learning, acceptance of uniform grading practices by educators, and extensive parent and community engagement over time.