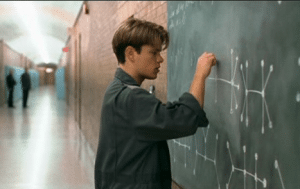 Over the summer I spent the day with my math team as we prepared for the implementation of the Common Core State Standards for Mathematics into our school. We were working on an intense math problem when I had one of those uh-huh moments – the kind I used to describe to my students when I taught high school math in Andover, Massachusetts. The problem was a simple one to understand, but it had many layers of complexity to it for math teachers:

Imagine you are a peasant, and your ruler told you that you could have as much land as you could mark off by walking in one day. What is the most amount of land you could reasonably claim? Give your answer in square miles and be prepared to support and defend your work.

Very quickly, a group of us began to debate these questions and create a list of assumptions that we would use to derive our answer. We debated what type of a shape would produce the biggest area. With some trial and error and use of some mathematical formulas, we agreed that a circle might be the theoretical shape that would yield the biggest area, but the square was the shape that would be easiest for the peasant to trace, assuming they had a compass or could make use of a reference point such as the sun for direction.

My uh-huh moment came not because my team arrived at an answer that we felt comfortable with. Rather, it came because I realized that we as a math team were embarking on a revolution that was going to change the way our students thought about math. The days of assessing students with multiple-choice, low depth-of-knowledge math questions would soon be gone. Instead, a new era of performance-based summative assessments that may have more than one correct answer will soon become the norm in schools across America. Students will not only have to be good at math, they will have to be experts in mathematical reasoning as they support and defend their thinking. This is a competency-based approach to learning. My mind filled with excitement and optimism as I realized that our recent shift to a competency-based grading and reporting system was going to put our students into the driver’s seat as we implement the Common Core State Standards for Mathematics into our math classes this school year.

The Common Core State Standards for Mathematics (CCSSM) claims, by its own website, to be working towards greater focus and coherence. My home state of New Hampshire, along with many of the states in our nation, has adopted the Common Core as a way to structure both state and local curriculum. CCSSM has gained popularity (and perhaps notoriety) for the fact that it has identified the fewest number of mathematics standards than just about any set of state-level math curriculum frameworks available. The CCSSM standards are focused, however, aiming for clarity and specificity over state frameworks that have been described as inch wide and mile deep.

In addition to math content standards organized into domains such as Number and Quantity, Algebra, Functions, Geometry, and Statistics and Probability, the CCSSM outlines a set of eight standards of mathematical practice – varieties of expertise – that students are expected to develop. These include things like:

For a math teacher, CCSSM is going to cause a major shift in how instruction is delivered. Gone are the days when it was enough for students to be able to recall facts and perform very basic mathematical operations on summative assessments. Gone are the days when the word problems at the end of a test would be ones in which students would be simply asked to take information and apply a formula. With the age of CCSSM, students will be called upon regularly to complete performance tasks – extended, complex problems that will challenge students at high levels, with multiple answers depending on how the student chooses to set up the problem. And it will focus students on supporting and defending their work. The problem I referenced at the beginning of this article is one that can be turned into a great performance task for students in middle or high school.

The new challenge for schools across the country is figuring out how best to implement and support CCSSM. Schools that have moved to a proficiency or competency-based system will have a clear advantage.

Competency-Based Grading and Reporting: The Link to CCSSM

A competency-based system is based on the premise that final grades have to accurately measure student learning and mastery of school-level and course-specific competencies. A competency is a student’s ability to transfer knowledge and skills in and across content areas. At my school, Sanborn Regional High School in Kingston, New Hampshire, each course we offer has identified several course competencies. Students are assessed on their level of proficiency for each. A final course grade is calculated based on a student’s performance on these competencies through various summative assessments.

All teachers at Sanborn use common grading procedures such as reassessment, no zeros, and the use of formative assessments to inform instruction that can be weighted no more than 10% of an overall course grade. Behaviors, such as class participation, turning in assignments on time, and completing extra credit are NOT factored into academic grades, but are instead included as separate behavior competencies that appear on report cards and our transcript.

Our competency-based system has put our math teachers in an excellent position to be able to adopt, implement, and support the ideals and claims of the Common Core State Standards for Mathematics. Our system naturally focuses our teachers to look at student performance toward mastering standards over time. It naturally separates academics from academic behaviors. It naturally makes the use of performance tasks necessary in all classes and content areas. It naturally focuses our students on big ideas and making connections across content areas. These are all major characteristics of the Common Core State Standards for Mathematics. As we embark on this new curriculum adventure, I know we are on the path towards improving our kids’ learning at all levels.