This is the last post in a series about equity and anti-racism issues discussed at the SXSW EDU 2019 conference. The two sessions reviewed in this post are Deep Poverty and Deeper Learning, and Let’s Get Real: A Primer for Allies. Links to the other posts are at the end of this article. 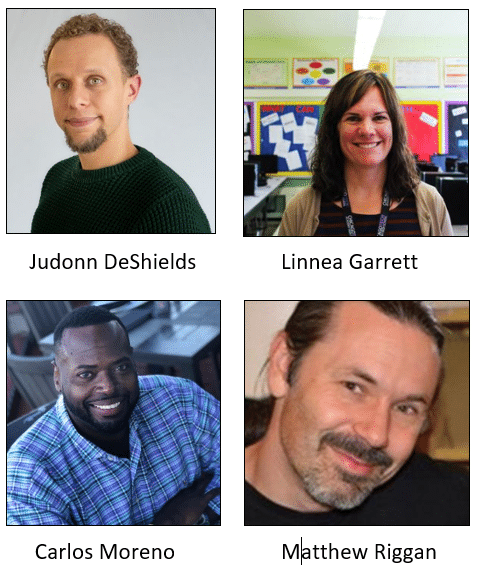 Too few schools committed to deeper learning serve students in concentrated poverty, according to this session’s panelists, but all four of them work in or with schools that are trying to do just that. The three presenters were high school principals—Linnea Garrett from Chicago Tech Academy, Matthew Riggan from The Workshop School in Philadelphia, and JuDonn DeShields from El Centro de Estudiantes in Philadelphia—and the discussant was Carlos Moreno, co-executive director of Big Picture Learning.

Multiple panelists touched on the theme of not assuming that students are ready and open to welcome the deeper learning options being offered to them. This is because students in deep poverty often have good reasons to distrust schools and the adults in them. Matthew noted that offering students voice and choice doesn’t mean that they will immediately open up and go along, after years of being told that they are “special needs” and other words that they hear as “inferior” or “problematic.”

Linnea emphasized that getting to the know students well has been essential, and something the school wasn’t doing enough at first. The key is “pouring love” into students, even when they push back against it, and bringing adults into the school who are able to do this and understand the importance of relationships with students. Matthew agreed, saying that “cool projects” are not what gets kids to keep coming back to school—it’s the sense of community and that people care about them.

Sometimes this caring takes unconventional forms that meet students where they are. Carlos shared a story of a school in his network that struggled with very low attendance rates. The principal learned that a major reason students were missing school was that they didn’t have clean clothes and were getting bullied because of it and were embarassed that their families lacked the resources to do laundry. The principal obtained a grant to buy washing machines and dryers for the school, and attendance increased substantially. (News of this spread, and the principal was invited onto the Ellen Show to share his story with a very large audience.)

The panelists were also asked what keeps them up at night:

In his summary reflection, Carlos said that more people are getting pulled into the conversation around race in good ways. Specifically, he mentioned that major media outlets are reporting more on issues related to poverty, racism, and education. This reporting included a groundbreaking set of findings and compelling graphics in the New York Times about the Punishing Reach of Racism for Black Boys. ProPublica also provides an interactive tool that allows 96,000 schools in 17,000 districts to ask Is There Racial Inequality at Your School?, with extensive data on racial disparities in educational opportunity.

Despite these findings, Carlos emphasized that “demography doesn’t need to equal destiny,” and that we have many counterexamples of youth who beat the odds. To make this the norm rather than the exception, students from marginalized groups need not only “allies” but also “accomplices,” people who are willing to “roll up their sleeves and get involved.” 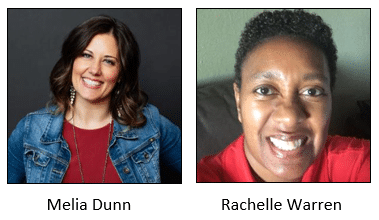 A Primer for Allies

The final session related to equity and anti-racism that I attended at SXSW EDU was Let’s Get Real: A Primer for Allies. The session’s premise was that “Before accepting a call to action, allies must first check their own biases, expectations and privilege in relation to the community they intend to impact.” It was a workshop that I participated in, and I’ll share a few takeaways and resources provided.

The presenters were Melia Dunn, a coach and consultant for diversity, equity, and inclusion work, and Rachelle Warren, the Director of Social-emotional Learning and Multi-Tiered Systems of Support for the Belton Independent School District in Texas. Both formerly worked for the Anti-Defamation League, which they described as a “Global anti-hate organization since 1913, with a longstanding commitment to secure justice and fair treatment for all people.”

Some takeaways from the session:

Some resources from the session:

Big tent professional meetings seem to be addressing topics such as inequity, racism, bias, discrimination, intolerance, marginalization, and privilege—and what we can do about them—more deeply than in the past. I’m thinking not only of SXSW EDU 2019, but also the iNACOL and Student-Centered Learning Research Collaborative conferences I attended a few months ago.

This greater prominence, if I’m gauging it accurately, doesn’t ensure that we are reducing or solving the problems more quickly. To me it feels that we’re advancing on some fronts and falling further behind on others. But surely it’s good that we’re talking about it, and the presentations and discussions felt helpful in supporting and inspiring audience members to reflect and take action.

Other posts in this series: