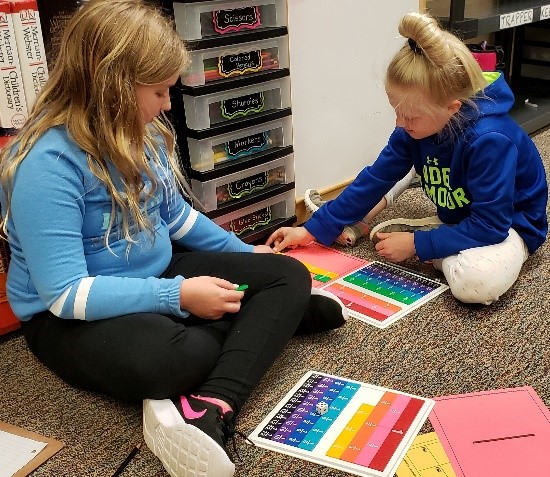 This is the first post in a series about the Harrisburg School District. Links to the other posts are at the end of this article.

The Harrisburg School District has made major shifts toward competency-based education in several schools in recent years. With 2,000 visitors from 10 states over the past two years, it’s clear that their successful implementation has made them a model for districts around the country that want to observe and discuss strong competency-based practices.

The district’s goal is to deepen personalized learning (their name for the initiative) over time across the high school, two middle schools, and six elementary schools in the district, which is located in Sioux Falls and Harrisburg. This article focuses on district-wide implementation; a subsequent post will focus on how personalized learning is carried out within individual schools. 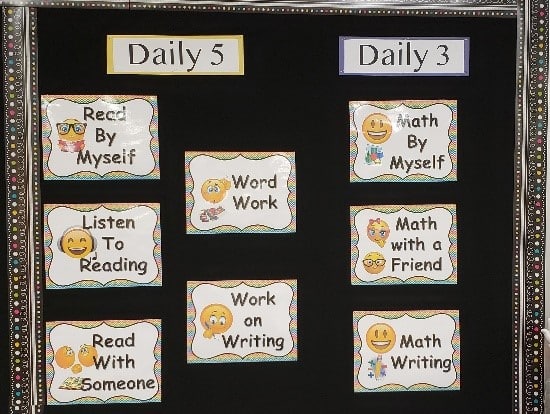 When Harrisburg began its transformation, seven years ago, they started with the high school. The district’s Innovative Programs Director, Travis Lape, says “We had a group of educators and building leaders at the high school willing to be bold and think differently. Along their journey, we learned a lot, but we know without them being bold we would not be where we are today.”

One of the lessons they learned in that first year is that “after eight years of being told what to do all the time, the learners needed more scaffolding. They weren’t prepared enough for getting organized and managing their time, and they started falling behind.” In subsequent years, the schools have provided more scaffolding.

Lape emphasizes the importance of a well-paced rollout, with supports for all students and staff, plus clear communications with parents, guardians, and the community. He attributes Harrisburg’s ability to be so successful after a challenging first year in part to having “a strong school board who really believed in this.”

A common theme across my school visits is the bumpy ride that so many districts, schools, teachers, and administrators experience on their way to developing strong competency-based programs. It’s important that we share these stories, so that stakeholders realize up front that setbacks are a normal part of the path toward success. It also permits new schools to avoid some of the challenges experienced by earlier pioneers.

Harrisburg’s personalized elementary programs were initially developed four years ago by a team of four teachers, a principal, a curriculum director, the innovative programs director, and a technology integrationist. One of their first steps was visiting schools in Maine that were implementing the types of reforms that Harrisburg envisioned.

After returning from Maine, they spent 10 days together during the summer designing Freedom Elementary School’s personalized learning program. In the fall, they put their plan into action with the first cohort of students. Lape believes that this team approach worked better than if personalized learning had been a top-down mandate. Not only did it deepen teacher buy-in, but the teachers who built the program felt more prepared and empowered to develop solutions when challenges arose.

As the initiative has expanded within Freedom Elementary and spread to Journey Elementary, new teachers and other staff members have visited and observed the initial cohorts. They have been surprised to see the active role that students in 2nd through 5th grades have been able to take in structuring their own time (more on this a subsequent post), but seeing it in action helps them understand the possibilities of personalization.

The district’s plans for further expansion include being consistent across schools with key features such as multi-age groupings, learning management systems, and certain district-specific terminology. They believe this will facilitate students’ journeys from elementary through high school in a unified system. It will also simplify district-wide activities such as professional development, staff transitions between schools, adoption of key pedagogical changes (such as updated learning progressions), and mechanisms for sharing high-quality curriculum materials. However, they also want to support some site-specific variations, enabling each school to innovate in relation their strengths, needs, and interests. Expanding also requires more district-level capacity, for which they recently hired a veteran personalized learning teacher to provide leadership across multiple schools.

Lape said that Harrisburg’s transformation was supported by two different grants from the Bush Foundation. Harrisburg’s work on the first grant was supported by South Dakota’s Technology and Innovation in Education (TIE) organization. TIE’s purpose is to improve education by providing cutting-edge technology and training strategies; they helped Harrisburg focus on restructuring and developing the elementary, middle, and high school structures and curriculum.

For the second grant, 2Revolutions supported Harrisburg to focus on building capacity of staff who are new to the initiative as well as teachers who have been involved for a few years and need new knowledge and inspiration to advance their practice. Both rounds of funding supported professional development time, school visits, and attending conferences. 2Revolutions, an education design lab that does extensive work in competency-based education, is supporting Harrisburg’s current work.

When I asked if districts could implement personalized learning without external funding, Lape said that the funding helped Harrisburg tremendously to scale faster, attend more events outside the district, and compensate teachers for some of the time they needed to make the transition. He also noted that some districts have repurposed internal district funds to support shifts to personalized learning.

“The grants poured gas on the fire, but the fire was here,” he said. “I believe that our teachers would have put in the time. Even with the grants, we weren’t able to pay teachers for all of the hours they put in outside of PD time. It might take you longer without grant money, but you can do it, if you have a vision for where you want to go.” As detailed in the next post, the teachers are very enthusiastic about the change and have no desire to return to traditional education.