Skip to content
Blogs CompetencyWorks Blog Goodbye ABCs: How One State is Moving Beyond Grade Levels and Graded Assessments 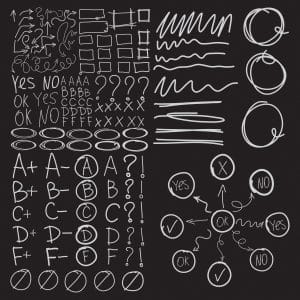 The term “grades” has become almost taboo among some educators in New Hampshire, where seven elementary schools are slowly ditching the word altogether through a program known as NG2. The program—short for “no grades, no grades”—is hallmarked by the schools shifting to a more competency-based assessment structure and removal of grade levels.

Mary Earick, project director for NG2, says the purpose of the program is to create more flexible learning pathways for students through “competency-based multiage schooling,” which allows students to move on to new objectives only after mastering others.

“[NG2] tackles long-standing educational barriers to personalized learning . . . that of ‘Grades,’” Earick writes in an upcoming report on the project. Those barriers include “(1) student assessments that don’t accurately reflect students’ true understandings and skills and (2) methods for grouping students (by age) that often poorly align to their true needs as learners.”

The program follows six key tenets: project-based learning, learner agency, whole person development, blended learning and competency-based assessment. New Hampshire schools participating in NG2 represent urban, suburban and rural parts of the state. While the elementary schools are alike in piloting a “no grades, no grades” structure, each was given flexibility for how it would implement the program specifically.

“We don’t talk about that [grades] anymore,” says Amy Allen, principal at Parker Varney Elementary, a NG2 school. For Allen, moving away from just using the word “grades” has been an important piece of keeping students motivated in the program. So if a first-grade student is attending a kindergarten intervention group, he is not told he is going to a kindergarten class. Instead, he might be going to see “team cooperation.”

Allen says that about 80 percent of the school is participating in the pilot. There are two separate K-2 groupings, one second/third grade group, and a fourth/fifth group. (The other 20 percent of the school, including a standalone kindergarten and third-grade class, are sticking to the status quo.)

Using the second/third grade pod as an example, Allen explains how two teachers start their morning together with a group of nearly 58 students who work on their own tablet devices. Each student is assigned an individualized learning schedule that involves group work or one-on-one interventions with a teacher. Groups are based on skill level, so a student might be working with older peers in math but younger students in English and language arts. They move around to different groups or classrooms throughout the day and follow lessons specifically tailored to their skills and competencies, rather than their ages.

Without grade levels, says Allen, teachers have been able to better target instruction for individual students. “Students are moving throughout the day based on the standard, versus everyone in that first-grade classroom working on the same thing at the same time.”

Behind the scenes, teachers are collecting notes and student performance data on specific standards. “One week we are looking at ELA data, one week math data, one week we’re at just performance task data, and then the fourth week of the month we’re looking at our projects,” Allen explains. Data points and performance observations come from different platforms. Teachers gather and share that information via Google Sheets, and revisit it each week. Students typically switch learning groups monthly, more frequently if they are moving through the lessons quickly. “It’s really important for us to be able to look at that student data so students aren’t staying in one group if they don’t need to be,” she says.

At Sanborn Regional School District, banding grade levels together has been a big change. But NG2 schools in the district had already been working on dismissing graded assessments through a different New Hampshire competency-based education program, known as Performance Assessment of Competency Education, or PACE. (Every school participating in NG2 is also a PACE school, except Ashland Elementary.) According to the PACE website, the strategy is outlined by reduced standardized testing along with increased performance-based assessments to provides districts with an “alternative route of demonstrating measurable progress in student outcomes.”

Ellen Hume-Howard, director of curriculum for Sanborn District, explains how their new assessment model is more project-based and requires students to go “beyond just the facts.” For example, when fourth-grade students learn about their state government, they used to be tested on who the governor is and how parts of the legislature works. “But in PACE,” she says, “our students are required in the performance assessment to go create a bill, create a proposal on the bill, and present it live to a mock senate floor.”

While the school has done away with A, B, C grading, Hume-Howard clarifies that feedback is still happening—only now students are receiving number scores on individual standards and competencies instead of letter grades on overall subjects. The district uses a competency-based scale where grades are broken down into standards for each subject. She adds that calling them “grades” has been blacklisted in her district, too. “We’re not calling it a grade, but it’s definitely learning feedback.”

The Sanborn pilot has so far only expanded to grades K-2. Compared to Parker Varney, fewer grade levels are participating, and the pilot is also rolling out more slowly and at a smaller scale. Gradeless CBE learning takes place on a project-by-project basis, and only happens during a few hours each week.

Earick is now in the process of collecting data from the program’s first year for a report set to come out next month. At Pittsford elementary, she says, there are “a higher number of students who are meeting their projected growth.” Some even more so; “one student is moving from first to third grade.”

When Allen arrived at Parker Varney in 2012, the school was listed in the bottom 10 percent in the state. A lot has changed since then, and last year the school won the National School Change and Innovation Award. Allen sees NG2 as a continuation of that trajectory. Benchmark reading scores for second grade students increased from 29 percent in September 2016 to 77 percent in March 2017; special education referrals have also decreased by 21 percent since the pilot started.

She adds that it will probably be another two years before all traditional grading is eliminated at the school. “It’s very exciting, but we do have to make sure there’s alignment within the district.” After all, having students who “don’t know what grade they are in” could be a problem down the road—especially with transfers.

But that’s not stopping the school from expanding the program further next fall. After this year, Allen says the school will be more fully committing to removing grade levels. “We have to take the plunge.”

Stephen Johnson is the former Data Analyst and Student-Centered Learning Coach for the McComb School District in McComb, Mississippi where he led the district-wide implementation of a competency-based, personalized learning model. He helped teachers use data to improve daily instruction and integrate technology into the classroom. Stephen recently joined the Highlander Institute of Rhode Island as an Educational Strategies Specialist. He resides in Detroit, Michigan with his wife and one daughter. Twitter: @Sporty313