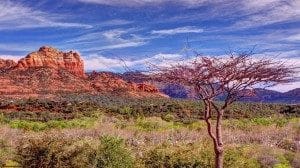 When asked if Arizona is moving to competency education, I’ve never been quite sure how to reply. It’s home to Carpe Diem, one of the earliest models of a school integrating personalized learning, a competency-based structure, and blended learning. In terms of state leadership, it developed the Grand Canyon diploma, a state policy designed for students to advance when they are ready based on passing an examination in secondary school. However, even though the Grand Canyon diploma does create a gateway by using an examination to determine proficiency, there is nothing that assumes that schools will actually be competency-based[1].

Something is brewing in Arizona to take the next step to supporting districts and schools to become competency-based. Although it appears there won’t be any more action by the state legislature this year, it is worth considering the elements of a bill that creates innovation space for schools. The bill requires the Board of Education to create a process to approve of competency-based innovation pilot programs if they have outlined their plans academically and financially to better meet students’ needs. Approved pilot programs are able to operate for an initial five years, after which a review process must occur.

An interesting twist to what we’ve seen to date in state policy, the bill also requires state universities and community colleges to accept credits awarded to students participating in this program.

[1] Some schools that have participated in the NCEE Excellence for All initiative, the initiative that helped lead to the development of the Grand Canyon diploma, have in fact backed themselves into a competency-based system such as Medical Professions and Teacher Preparation Academy in Hartford, Conn highlighted in Making Mastery Work.