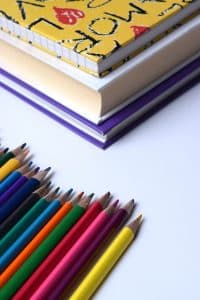 This post originally appeared on Courtney Belolan’s website on December 15, 2016. Belolan is the instructional coach for RSU2 in Maine.

I cannot think of a subject area, or class, in schools today in which we are not working with learners on articulating thinking. We regularly ask learners of all ages to put forth an idea then explain their reasoning in support of that idea. In English Language Arts we might ask readers to say what kind of person they think a character is, and use evidence from the book to explain why they think that. In Science classes we ask learners to form a hypothesis then use observations and data to prove their hypothesis correct or incorrect. In Social Studies we might ask learners to argue why a particular historical figure was a strong leader. In art and music classes we ask artists and performers to critique works and performances, using observations and knowledge of technique to support their judgments. I’m sure you’ve thought of an example from other contents in which learners are expected to share, or exchange, ideas and why they hold those ideas. This is very important work, and sometimes difficult work.

An education trend well worth embracing is accountable talk. Accountable talk is the process of learners sharing their thinking with others, and engaging in thoughtful discussion with others about those ideas. When learners work through an accountable talk experience, they go beyond simply sharing ideas and thinking. They discuss similarities and differences in their ideas and reasoning with the the ideas and reasoning of others, and work towards clarifying any confusion or misunderstandings between group members. Not only does engaging in this work deepen understanding, it builds a foundation for respectful and civil discourse, an essential lifelong skill we surely want our future learners to be well versed in.

Each part of accountable talk can be challenging, especially for learners not used to practicing this kind of conversation. When first starting with accountable talk it is best to give learners some scaffolding. There are two important scaffolds to begin with: modeling and talk prompts. Modeling gives them a concrete example of what the accountable talk process looks and sounds like. Talk prompts give them a concrete way to start. Below are some examples of talk prompts for different ages and contexts. Think about the learners you work with, and which ones will work best for them. Remember scaffolding is meant to be temporary. Once learners are successful, begin to remove the scaffolds.

Hang on the the wall, and use to support discussions in class. Be sure to physically and verbally refer to the chart, and model using it! 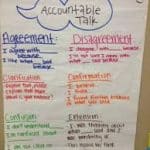 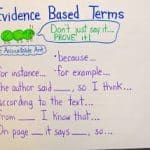 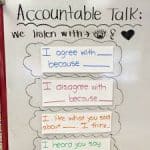 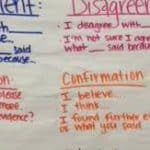 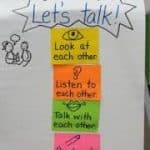 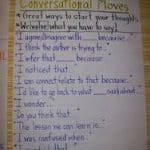 Set learners up in groups and provide them with the cards. You can be as structured or unstructured as your learners need to be. This might look like requiring certain cards get used, putting a #1 on the card to start with, etc. 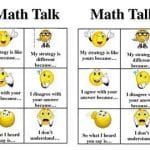 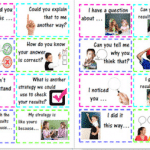 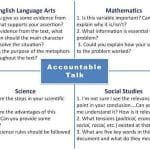 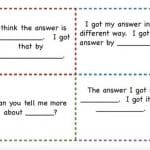 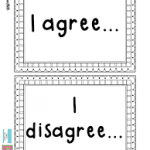 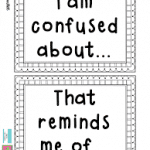 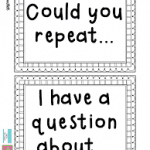 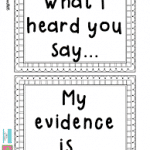 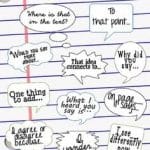