Skip to content
Blogs CompetencyWorks Blog Learner-Centered Tip of the Week: Yes They Can 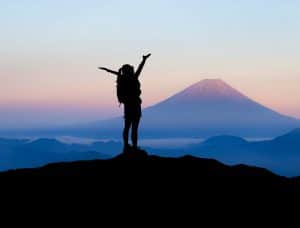 This post originally appeared at the Learner Centered Practices Blog on April 30, 2018. Belolan is the instructional coach for RSU2 in Maine.

Do you remember hearing, perhaps back in your teacher prep program, about the study where a teacher was given a group of Special Ed students but was told that they were Gifted and Talented students, and then the learners performed at the same level as the Gifted and Talented learners would? Well, it is a thing. And it is real.

The Pygmalion Effect, also called the Expectancy Effect or the Rosenthall Effect, is when one’s expectations about another’s performance or ability impacts their actual performance. Here are two videos about it.

I hear the words “they can’t” more often in my daily work with schools and teachers than you would think. We need to stop thinking that. Here are some ways to change the thought “they can’t” into messages that convey high expectations for all learners:

The minute we use they word “can’t” they aren’t going to. If there was one thing I would want to see implemented with 100% consistency across the district, it would be elimination of the words “they can’t” from teachers’ lexicon.