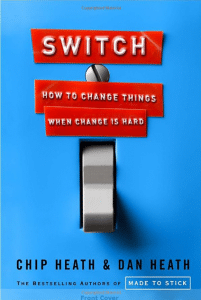 In earlier posts, I attempted to describe an overall framework of leadership I believe is needed if the work of converting to a student-centered, proficiency-based system of learning is to be successful. I base my thinking on my own experiences and the tales of leaders gone before in both education and business. The framework is built around four lenses through which leaders’ practices must pass. When the lenses are aligned and what we do passes through, our work is focused on our vision. The four lenses of leadership are building a leadership team (discussed in an earlier blog post), action planning, meeting facilitation, and culture. This post looks to further describe the lens of action planning.

A well-built leadership team must identify and share what they will do. What actions will be taken to help our organization in the process of continuous improvement. In Good Strategy, Bad Strategy, Richard Rumelt states that actions are what give strategies traction. Without well defined action steps, you have wheel spinning.

In years past, my school’s leadership team met prior to the opening of school and set goals around how we taught, assessed, and supported our learners. The vision was of a school that asked the teacher to differentiate more and more while the system continued moving students in age-like cohorts whether or not they were ready for the next year’s curriculum. Once we realized this was not improving learning for all students, we created a vision of a school that included the statement, “Students working their way through a well defined continuum of learning using their passions to create a path and choose how they will demonstrate their understanding of the learning.” Borrowing a term from Switch by Dan and Chip Heath, this new vision became our “postcard destination.” Now we needed to identify and script the critical moves to make it a reality. The key to identifying the critical steps is to keep it simple. Don’t be mistaken. Change is hard. It forces the mind to keep track of many variables. This can be exhausting. Dan and Chip Heath said, “What looks like resistance is often exhaustion.” What needs to be simple is the processing that identifies what needs to change. The process my school used, facilitated by the Re-inventing Schools Coalition, was a Gap Analysis. It is simply identifying where you want to be, where you are currently, and then pinpointing actionable steps to get you around the obstacles standing in your way.

We began by creating a student schedule. Since schedules drive much of what we do in our daily lives as students, teachers, and adults, it seemed to be a logical beginning. After creating the schedule that aligned with our vision of giving students options for how to demonstrate understanding of targets, including 24-7 learning opportunities, the leadership team identified what teachers would need to know and be able to do to make this a reality.

Once those skills were identified, we started to group ideas. The grouping process allowed us to identify our pivot points, those changes that would give us the most leverage in moving forward. We then placed the categories into a 3-5 year professional development plan. Instead of simply changing or saying we want to improve instruction for all students, we had a plan to improve based upon the vision of the school we wanted.

The process of identifying the categories also allowed us to avoid many common traps associated with school reform. Often times educators become distracted in attempting to change grading practices or report cards. Our leadership team believed that without having a strong background in the philosophy of student-centered, performance-based learning, the changing of the report card would take much effort with little gain. We did not want to go to our stockholders with a “what” change without having the “why”.

Instead, we believed we needed to focus on assessment, instruction, curriculum and classroom culture. For assessment, we needed to shift from the idea of simply testing knowledge to one of gathering evidence on how students were progressing towards specific learning targets. Curriculum work would be identifying, creating, and placing those targets into a continuum of learning. Instruction of the targets would be embedded in project-based learning so students are active doers and not passive knowers. Also, by having the targets in a continuum, students were more likely to find the instruction within their zone of proximal development. This was all done in a classroom that had a created and allowed culture that celebrated a growth mindset by recognizing errors as part of learning, and motivated students through fostering autonomy, mastery, and purpose as suggested by Daniel Pink in his book Drive.

After the 3-5 year plan was created, we created action plans for year one. These plans included a goal statement, the specific action steps, who was responsible for the step, a timeline and finally what evidence we would use to determine that our goal was met.

An indisputable key to successful change is communication. We posted our 3-5 year professional development plan and the current year’s action plan on a bulletin board right next to the teacher mailboxes. When teachers described becoming overwhelmed by the changes, I would remind them to look at the board and notice what they should be focused on currently. As Dan and Chip Heath also say, “What looks like resistance is actually a lack of clarity.” By being clear on what critical step needs to be taken when, we can avoid people trying to jump before they are ready. Frustration decreases and progress increases.

Changes throughout history have either been done with people or to them. Leading to a better vision requires people to make the choice to follow. By building clear, actionable steps the path to the vision will be easier for people to see. This clarity makes the work less exhausting and more welcoming and therefore more likely to succeed.