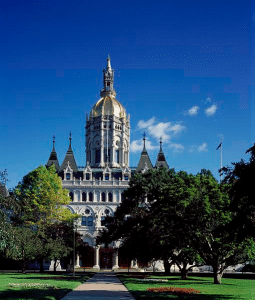 Most states wanting to open the door to competency-based innovation have used a seat-time waiver. The problem with those waivers is they usually have to be resubmitted each year, the process can be time-consuming, and they have added extra work for already capacity-strapped state education agencies. Michigan was so swamped with waivers they created one giant waiver for everyone to huddle under.

So what’s a state to do if it isn’t ready to go the full-blown proficiency-based diploma route as Maine, New Hampshire, and Colorado,  but the waiver isn’t working for them?  Let’s take a peek at Connecticut’s Act for Unleashing Innovation in Connecticut Schools passed by the legislature in May. The legislation does a lot of things  — the first one, and most important for our conversation, is that it permits high school students to earn academic credits using non-traditional, mastery-based standards. (Note: Connecticut uses the phrase mastery-based.)

What we’ve learned is that policy alone doesn’t do much to stimulate innovation.  We are almost hard-wired now to think about school starting in September, stopping in June, lasting so many minutes per day, Monday –Friday. So there’s got to be something else in place to support those that want to innovate and give them a bit of cover as well when there is push-back. In Connecticut that’s the New England Secondary Schools Consortium’s League of Innovative Schools, the sponsor of the upcoming Mastery-Based Diploma Leadership Institute.

The explanatory section of the bill includes a quick discussion that there may be some fiscal impact with some schools saving money and others bearing additional costs. Until we figure out a way to really compare cost-effectiveness it’s going to be hard to really tell if there are additional costs or savings. Our current system is all about inputs. As we know all to well, the cost of education is what the budget tells us it is.

An excerpt from the legislation is below:

For purposes of this section, a credit shall consist of not less than the equivalent of a forty-minute class period for each school day of a school year except for a credit or part of a credit toward high school graduation earned (1) at an institution accredited by the Board of Regents for Higher Education or State Board of Education or regionally accredited, [; or] (2) through on-line coursework that is in accordance with a policy adopted pursuant to subsection (g) of this section, or (3) through a demonstration of mastery based on competency and performance standards, in accordance with guidelines adopted by the State Board of Education.