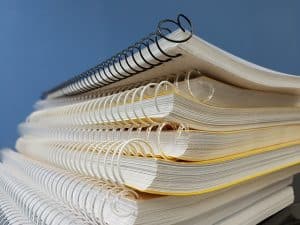 This is the twentieth article in the series Implementing Competency Education in K-12 Systems: Insights from Local Leaders.

As described previously, schools will need to determine students’ academic levels as distinct from their grade levels (often referred to as leveling). It will be important to help teachers prepare for engaging parents in the initial conversation about where students are on their learning progression. Anticipate questions such as, “Why is my child not at grade level? Why are you starting him on an academic performance level rather than on grade level? Why is my child’s target for growth an academic level or two rather than their grade level?” (Listen between the lines, as what they are really asking is, “Will my child ever catch up?”)

According to Copper Stoll, formerly Chief Academic Officer at Adams 50, the district dedicated a day to meet with every parent to inform them of their child’s placement in ELA and math the spring before they began their K-8 competency-based system. Teachers had talking points to help create a consistent message. They personalized the conversation by providing folders that included information on the standards their child would be learning based on the student’s academic placement as well as brochures that explained the personalized mastery system. This laid the groundwork so parents wouldn’t be surprised if their child was placed in an academic performance level below their chronological grade level in the coming year. They continued to use a quarterly reporting system that parents were used to while introducing the standards-based progress reports. They also offered parents access to the electronic information system so they could monitor progress independently. According to Stoll, “Parents didn’t express any concerns, as they knew their kids were behind and they were grateful that we were finally doing something to address it!”

Ephraim Weisstein, founder of Schools for the Future, recommends expanding the conversation. The discussion with parents and students about learning, progress, and pace should be followed by conversations about the bigger picture—the development of their child, their habits of learning, and their path toward graduation and beyond.

Creating access for parents and students to the digital information system is a powerful step for reinforcing student ownership and a culture of learning. At Chugach School District, the initial discussions were centered on the students who performed below their “age level,” and eventually moved to areas where they might already be ahead. The result was a series of productive conversations about student strengths and interests as well as areas for improvement. As Superintendent Bob Crumley put it, “Adults had the most concern about student performance placing them in levels below their perceived ‘age level.’ Students had less concern about this because it was information they already knew. The new system seemed like common sense to them, as they intuitively knew that all students were different and performed at varying levels across the content areas. This dynamic led to students increasing their likelihood of providing peer help and asking for peer help. Over time, the conversation changed. Rather than focusing on students who were ‘behind,’ the light began to shine upon where students were actually performing and what strategies and resources were going to help them advance.”

Something to Think About: One of the big shifts of culture in a competency-based system is that the idea of being “fair” to students and their families is no longer about giving them a higher grade or points for good behavior. Instead, educators are honest about where students are on learning progressions and ensure they have adequate supports in place so that students are not academically behind indefinitely. Because a competency-based system is transparent and honest about where students are on the progression, it gives them the chance to build their skills—an opportunity that is denied them when we say students are getting an A, B, or C but are not actually learning the skills they need.

Blog #2 What Is Competency Education?

Blog #11 Creating a Common Language of Learning: A Continuum of Learning

Blog #12 Creating a Common Language of Learning: Rubrics and Calibration