Skip to content
Blogs CompetencyWorks Blog Looking to Ditch Traditional Grades? Here’s How to Get Stakeholders On Board

You know that old interview question: What would change in education if you had a magic wand? For Scott Looney, there’d be no hesitating: He would have every school switch from traditional grading to competency-based evaluations. “They’re more authentic, more meaningful, and more logical,” he explains. “They just make sense.”

Looney is the mastermind behind the Mastery Transcript Consortium (MTC), an organization made up of over 100 private schools. Rather than a traditional GPA, the group imagines a credit-based transcript , with links to artifacts that demonstrate students’ mastery across different competencies. The basic premise is that by providing a more complex and accurate picture of students, academic needs can be better met, colleges can make more informed admissions decisions, and intrinsic motivation will follow. 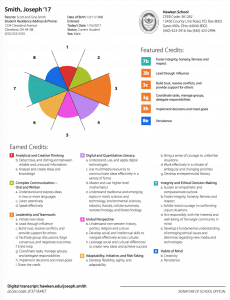 The MTC is not alone in its mission. An increasing number of schools—including charter and traditional public schools—are making a similar move to ditch traditional grades in favor of a more robust approach to assessing students’ skills. Whether they call it competency-, mastery-, or standards-based grading, the movement aims to improve students outcomes sans As, Bs, and Cs.

But making the switch may be easier said than done. Competency and mastery-based evaluations often require more work from teachers, more self-motivation from students, and less certainty when it comes to the college application process. So how to reap the benefits of competency-based education and make sure parents, teachers and other stakeholders are on board? We check in with the schools in the process of figuring that out.

Spoiler: it may boil down to good communication.

When undergoing any departure from the norm, families are perhaps the most difficult group to persuade. This is especially true at an elite private school like Ohio’s Hawken School, which Looney leads. That’s why he plans to offer credit-based transcripts as an option, not a mandate.

“Students can still receive traditional letter grades,” he explains of his plans to roll out an alternative assessment model. “Or parents can chose to get a credit-based portfolio instead. It’s like saying, ‘We’ve been a great steakhouse for years, but now we’re offering seafood, too.’”

Jeff Heyck-Williams, competency-based brother-in-arms and director of curriculum and instruction at Two Rivers Public Charter School in D.C, has been getting parents comfortable with alternative grading for the last thirteen years. For him, there are no shortcuts to buy-in: it’s all about transparent—and frequent—communication.

“At Two Rivers, we don’t believe grades really give parents a sense of how their children are doing,” Heyck-Williams explains. “A B+ in math may hide the fact that while a student is good at graphing, he may be struggling with calculations.” He says the trick to getting families on board is demonstrating that value of a different approach.

Throughout the year, Two Rivers holds four student-led, parent-teacher conferences. Heyck-Williams says these conferences help families understand the grading system, as students sit down with the data to discuss their strengths and weaknesses. “Having students talk about their own goals is a really powerful way for parents to understand why this way of grading meaningful,” he explains.

Of course, regular communication can be time-intensive for teachers, as can competency-based evaluations in general, which typically require teachers to align assignments to specific competencies and provide feedback using either a rubric or written evaluations.

Garrett Wilhelm, co-founder of the grades-free Berthold Academy Montessori school, says hiring teachers with a passion for competency-based grading is a must, especially considering the strain it can put on teachers’ time. But he explains it’s also about “putting the proof in the pudding—about quantifying that competency-based education works.”

Wilhelm believes technology can help teachers quantify student outcomes, ensuring more buy-in to a competency-based model. “We’ve always felt like it works,” he explains of Berthold’s assessment model. “Now we want to prove it works. Some people need that data.”

Jeff Heyck-Williams underscores the importance of giving teachers a rationale for alternative grading. He says at Two Rivers, they’ve rooted evaluations in standards—Common Core, Next Generation Science Standards—and that helps gets teachers invested. “We’re doing things that are a little radical but still grounded in academic standards. That teachers can get behind.”

A walk in the park?

Not everyone is convinced competency-based grading takes more time, however—at least not for teachers. Looney (who, as a reminder, has yet to implement this type of elevation at his school), believes it will be fairly similar to traditional grading.

“Imagine you teach World History,” Looney explains. “You have 10 students who are set on traditional grades, and 10 who opt-in to mastery-based grading. You give all students the same written feedback, but instead of grade, you simply link the assignment to the appropriate competencies for certain students.”

Looney says the extra work will fall not on teachers, but credit-reviewers, hand-selected amongst staff to review assignments and determine whether students have obtained mastery. He anticipates this will be a “position of honor.”

Of course, he’s making a few assumptions there, not least of all, that inputting feedback and linking artifacts will go smoothly, something both Heyck-Williams and Wilhelm are still figuring out. For most schools, getting a staff committed to the system—and willing to ride out the waves—is crucial.

Stakeholders beyond the community

Which leads us to the final group that needs convincing: the schools which competency-graded students matriculate to. Whether public high schools or private universities, the reality is most institutions still require a transcript, including the familiar GPA. So how to bridge the chasm? Yet again, messaging seems to be key.

“I can’t emphasis it enough,” Heyck-Williams says. “Schools going down this pathway really need to think about communicating with other schools, and how alternative transcripts might be used. It’s about starting conversation with meaningful stakeholders.”

At Two Rivers, their Director of Alumni & Community Partnerships handles those conversations, serving as a liaison between students and local high schools, the majority of which use traditional GPAs.

For Wilhelm, communicating the value of competency grading is an issue Montessori schools has traditionally struggled with—but one that he is committed to changing that.

At Berthold, students matriculate with a portfolio containing the best examples of their work and progress reports with comprehensive narratives. Wilhelm says he’s personally met with heads of schools to discuss student and make sure next school understands our students.

This is essentially what the Mastery Transcript Consortium hopes to accomplish at the college admissions level. But whether that is truly feasible or not remains to be seen.

Jen Curtis is an Assistant Editor at EdSurge, working on all things K-12, with a special interest in schools that foster creativity, empathy and compassion. This year, she’s leading EdSurge’s Fifty States Project, which highlights educators across the US and the ways they use personalized learning to improve student outcomes.