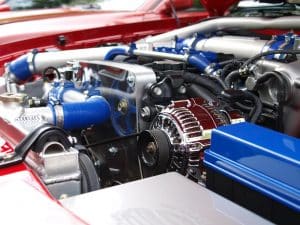 As competency-based education (CBE) gains momentum in higher education, the market is becoming increasingly crowded with companies and institutions working on competency-based platforms and online approaches to CBE.

One of the challenges with online CBE, however, is that there is such an intense focus on building from scratch or building in-house that most of an organization’s energy and resources are channeled into the platform and the intricate backward mapping and breakdown of competencies. In addition, in having to consider a multitude of ancillary issues such as integrating adaptive learning technologies, creating e-portfolios, building repositories of content, and reimagining staffing models, many learning providers find themselves dealing with assessments as more of an afterthought.

But assessments are the crux of a competency-based approach. Neglecting them misses dialing in on one of the things that is so critical to CBE being transformational, robust, and rigorous: how do we know if and when a student has achieved proficiency, fluency, and mastery of a competency?

In missing this, too often providers fall back on a familiar pattern by merely focusing on the summative assessments at the end of a course of study rather than valid assessments that are deployed rapidly and frequently throughout.

A story that we’ve told before bears repeating, as it helps illustrate why this is possible in a competency-based world where time becomes a variable and learning for all students is a constant—in other words, failure is no longer an option.

In his book Chasing the Rabbit, Steven Spear, a senior lecturer at MIT, recounts an experience that demonstrates the power of advancing upon mastery rather than according to time-based metrics. While doing research in 1996 as a doctoral student studying Toyota’s famed production system, Spear took temporary jobs working on an assembly line at Toyota and one of the Detroit Big Three plants at the passenger-side front seat installation point. At the Detroit Big Three factory, the worker doing the training essentially told Spear, “The cars come down this line every 58 seconds, so that’s how long you have to install this seat. Now I’m going to show you how to do it. First, you do this. Then do that, then click this in here just like this, then tighten this, then do that,” and so on, until the seat was completely installed.

Spear was quite certain he could do each of those things in the allotted time, given that he had earned a master’s degree in mechanical engineering from MIT. But when he tried to install the seat in the car, he couldn’t do it correctly. His trainer had to stop the assembly line and show Spear how to do it again. When the next car arrived, Spear tried again but did not get it right. In an entire hour, he installed only four seats correctly.

One reason why it was historically so important to test every product when it came off the end of a production line like the Detroit Big Three’s was that there were typically hundreds of steps involved in making a product, and the company could not be sure that each step had been done correctly. In business, we call that end-of-the-line activity “inspection.” In education, we call it “summative assessment.”

When Spear went to work at the same station in Toyota’s plant, he had a completely different experience. First, he went to a training station where he was told, “These are the seven steps required to install this seat successfully. You don’t have the privilege of learning step 2 until you’ve demonstrated mastery of step 1. If you master step 1 in a minute, you can begin learning step 2 a minute from now. If step 1 takes you an hour, then you can learn step 2 in an hour. And if it takes you a day, then you can learn step 2 tomorrow. It makes no sense for us to teach you subsequent steps if you can’t do the prior ones correctly.” Assessment, or testing, was still administered, but now it was used as an integral part of the learning process. As a result, when he eventually took his spot on Toyota’s production line, Spear was able to assemble his part the first time and every time. In other words, assessment was used both for and of learning. Toyota doesn’t have to treat formative and summative assessments as two different things—just as we don’t have to do so in education when we move to a truly competency-based system.

Of course, this doesn’t preclude also having a capstone project that serves as an assessment at the end of a module or course of learning to serve as a holistic encapsulation of all the learning that has preceded it to be sure that students have retained what they learned and can apply it in a comprehensive way. But here, too, how students perform can inform whether and where they must learn more—and they should keep working on their project or performance until they have demonstrated true mastery.

With a system such as this in place—frequent assessments that drive and measure learning—students have access to rapid feedback to inform their learning in a motivating way. And the assessments can generate important and actionable information about each student such that one tutor can serve many more students because she can efficiently gauge the students’ level of understanding and intervene only when necessary. These data-driven interactions between teachers and students actually become both richer, highly tailored teaching moments and more cost-effective interventions.

Mastery shouldn’t be simply certified by the final test at the end of a course. It should occur at every point along a student’s pathway. And that requires up-front thought and investment from CBE providers—not treating assessment as an afterthought.

Amy is the director of ReSchool Colorado, an expansive initiative of the Donnell-Kay Foundation to design and launch an inspirational, world class education system that coordinates people and resources in new, dynamic ways around each and every learner.