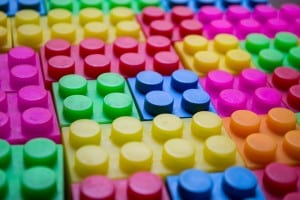 This post originally appeared at Getting Smart on August 15, 2015.

The research is clear, so called non-cognitive skills are key to success in college and work.

Solving the name game. It’s clear that so-called “non-cognitive” or “soft skills” are really important but it’s also clear, according to new school guru Andy Calkins that “On every metric that counts – clarity, accuracy, purposefulness, and impact – both of these terms stink.” Specifically, they are meaningless, inaccurate, and they drive bad practice.

Calkins prefers the term agency because it encompasses the self-efficacy and -management capacities that standards-based reform overlooked, “Students particularly need agency to thrive in what is becoming a global, 21st-century, free-agent economy. It embodies ownership and deep engagement.”

The New Tech Network agrees. The network of 160 project-based schools describe student learning goals in four categories: knowledge and thinking, written and oral communications, collaboration and agency. They share a agency rubric that assesses growth mindset  and ownership of learning.

Habits of Success, according to Summit Public Schools (featured image), are the mindsets and behaviors that lead to success and satisfaction in life–managing your stress, persevering through a challenge, working well with others, setting goals and making plans. Summit teachers dedicate at least 200 hours during the school year to mentoring and coaching students in their Habits of Success through 1:1 mentor check-ins and more. They nurture a community of learners, where our students practice, model, and reflect on these skills and receive rich feedback from their teachers and peers to individually grow and thrive.

School solutions. The answer is not a new course in “agency.” There are five ways to integrate youth development strategies that produce powerful habits and a sense of agency.