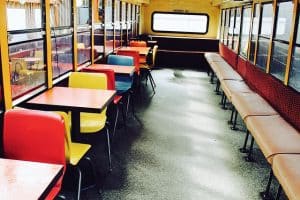 Is competency-based education just for high schools or is it what you want for your entire K-12 system?

States and districts need to think about this question early on – what is the end goal? It is easy for state policymakers and districts to interpret that the policy for proficiency-based diplomas only applies to high schools. New Hampshire’s first step was to change time-based credits in secondary schools to competency-based followed by regulatory changes for the entire education system, from kindergarten through graduation.

The problem with doing this is two-fold:

In some ways this latter case can be helpful, as districts have gotten their feet wet by thinking about competency education as only applying to high school. However, there is a lost opportunity, as there is early evidence that suggests that we can see real gains in elementary schools when we meet students where they are. (Windsor Locks and Adams 50 both saw enough gains at the elementary level to lift schools out of school improvement status. See Patrice Glancey’s article looking at what happens when we meet kids where they are.)

Thus, states and districts should think ahead. Even if your first step is about high schools, think about the long-term plan and how to position your leadership to provide systemic strategies.