Skip to content
Blogs CompetencyWorks Blog Phase In or Overnight Your Implementation? 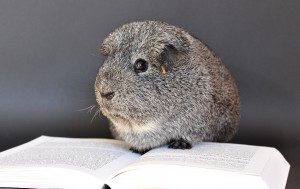 When implementing a Proficiency Based Learning system, many schools need to choose between a “phased in” approach or an “overnight” approach. Typically, a phased in approach identifies a specific group of students for which change happens over a prolonged period of time. Conversely, an overnight approach involves developing a program from philosophy through logistics (such as scheduling, assessments, reporting, transcripts, etc.) and making the transition for an entire school or district to happen at the same time.

Having experienced both, I offer a discussion of unintended consequences to one of these choices. In one school, implementation was scheduled for a freshman class with a four-year phase in process through which the entire school would transition to a new system. In another, a decision was made to transition an entire school together at one time, given the thinking that ultimately “we’re going that way” anyway, why not do it together approach.

Stakeholders may or may not embrace a change to a proficiency-based system. When deciding to implement this change, a single group of students (in this case, a freshman class) and their families experience the change over a period of multiple years. While it is a fact of life that schools are “building the plane while flying it,” it has a dramatic effect upon the “guinea pig” class. Not having answers is natural when transitioning to a whole new philosophy and approach to educating our youth. It is natural not to anticipate some of the issues that arise within transition; however, the guinea pig class certainly had their fill of “I don’t know” responses from teachers and administrators.

This Will Go Away Syndrome

In many high schools, teachers are scheduled to teach classes routinely to upper classmen. An unintended result of a phased in implementation plan, there will be teachers who, due to their assignment, did not need to change philosophy nor practice. In many cases in a variety of states, initiatives “come and go” with some regularity. Teachers who are not required to make changes have a tendency to take a “this will go away” perspective and not embrace the shift to a proficiency-based program. Unless forced to implement change based on how they are scheduled, urgency to understand and experiment with issues related to PBL does not exist. The guinea pig class gets to train another group of teachers… It’s not their job…

When taking a phase in approach to implementing a proficiency-based system, the “pilot” label seems to attach itself to the effort. I would argue that a large portion of implementation efforts that are labeled as a pilot are not adopted. Efforts can fall into the “this will go away syndrome” category easily and, quite frankly, can easily be sabotaged, intentionally or unintentionally. The pilot label also implies that those who are behind the effort lack the confidence in the potential to succeed. If we truly believe that a move to a proficiency-based learning system is the direction needed, labeling it as a pilot has the potential to result in…doom.

As with many high schools regardless of size, it is inevitable that students from various grade levels will be scheduled to be in the same classes. In the case of a prolonged transition to a proficiency-based system, a problem was created via assessment, or better yet, how student performance on any assessment was reported. Within the same classroom, students given the same assessment receive a score. Some students may have received a score of proficient (a 3 in our system) while another student in a higher grade may have received a traditional score of 88. Of course, the two scores are like comparing apples to oranges; they are not “equal.” However, that comparison is a natural one considering the circumstances. The “Oh, I get it! The 3 is just like an 88” is a relatively common statement given this scenario.

It is without question that an overnight transition to a proficiency-based system is my preference. The benefits far outweigh the unintended consequences to a phase in approach. Perhaps that will be the topic for another blog?