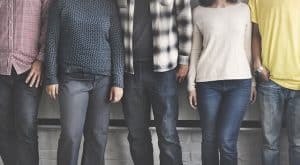 This post originally appeared at the Christensen Institute on January 23, 2017.

The question of whether alternative credentials—in the form of everything from badges to nanodegrees and from micromasters to certificates—will displace degrees from colleges and universities is heating up.

Many have speculated that 2017 may be the year that employers begin to move en masse away from filtering applicants based largely on where they went to school and to an approach where they evaluate the actual competencies prospective employees possess to determine if there is a match. In his book The End of Average, Todd Rose profiles some companies that have already moved to such an approach.

Richard Garrett, chief research officer at Eduventures, has poured cold water on the prospect of alternative credentials replacing degrees anytime soon, but added that if they did, it could help tackle higher education’s cost challenges.

The challenge for all innovation in this area is that the “Job” that human resource professionals are hiring the college degree to do is efficiently disqualify a large portion of applicants so they can focus on a smaller number of high potential candidates. At this point, no new solution competes with the efficiency of glancing at a resume to see where someone went to college. As a result, many emerging alternative credentials have served as supplements to and differentiators on top of the degree, but not full replacements.

At the LearnLaunch Institute’s 2017 Across Boundaries conference, I am moderating a panel with Matt Sigelman, CEO of Burning Glass; Liz Simon, vice president of legal and external affairs at General Assembly; and Stephanie Krauss, campaign director at Connecting Credentials to unpack the question further.

Against this backdrop, new research has emerged from LinkedIn Learning’s Insider Survey with a more optimistic take. The survey gathered its information from a panel of 30 to 45 notable learning and development experts, including corporate learning executives, leaders from educational nonprofits, and industry analysts focused on enterprise training and development.

The big headline is that 60 percent of Insiders believe that more employers will move to skills-based hiring by choosing candidates based on what they can do, rather than their degree or pedigree. Assessments that objectively suss out one’s skills are on the rise, said one Insider.

At the same time, 57 percent of Insiders said employers will place more value on non-traditional credentials—and that those seeking jobs should seriously consider them as a way to build their profile. Although this could move in concert with a shift beyond focusing on degree, in practice in 2017, this will more likely be a continuation of the trend toward candidates gathering additional credentials beyond the degree through bootcamps and the like.

Education as a benefit

A majority, 57 percent, predicts that employers will increase education benefits more than traditional benefits in 2017. Evidence exists that this could be a powerful way to boost retention and keep people from job-hopping as much as they might otherwise in today’s economy. Partnerships between employers and universities to offer education as a benefit have garnered big headlines over the last couple years.

In support of this trend, start-ups are now also emerging, such as Guild Education, which help create and support relationships between employers and universities. What is interesting is that although direct relationships between employers and universities attract headlines, they are complex to structure and difficult to manage. That creates a question as to how scalable they will be. The rise of intermediary organizations with the express purpose of managing these relationships signals that the education-as-a-benefit trend could be more enduring.

What’s interesting given the projected education-as-a-benefit trend is that many have noted that the skills gap is not entirely caused by educational organizations inadequately preparing students for today’s jobs, but also by employers retreating from investing enough in the training of new employees. To combat this, 71 percentpredict that partnering with outside training providers will be the best strategy to get ahead of the widening skills gap. Many believe companies should take a multi-pronged approach that combines formal, informal, and social learning.

To facilitate this, Insiders believe that microlearning—content delivered in small, specific segments—as well as on-demand learning—content accessible at any time, from any device—will see the most growth among learning technologies in 2017. This, of course, is not new, and in part drove LinkedIn’s acquisition of Lynda.com. More interesting in this space is the emergence of microlearning not just to build knowledge, but also to build skills. Companies like Practice for example, are working with employers to create learning materials that build skills in areas like customer service and sales (full disclosure: I’m chief strategy officer at Entangled Ventures, which is an investor in Practice). This is a particularly exciting area to watch. If on-demand, microlearning can effectively build skills in subjects where it has historically been hard to train employees, then that would provide big leverage for employers and learners alike and change the return on investment calculation for employers to invest in their employees. And that could change the landscape of corporate learning dramatically.