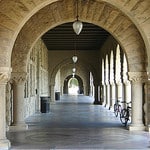 Why do we continue to use grades to record student understanding?  What does a letter tell us about a student’s understanding?  Or does the letter represent understanding at all?  Many of us are guilty of recording things in a grade book just because the student did the work.  It had nothing to do with how much the student understood or was able to do.  There are also students who refused to do the work, but could demonstrate that they understood the material and scrape by with a D or a C.  Are we recording behaviors or learnings?  Should we be recording the two together as one letter grade.

I feel as though behaviors are extremely important in the work place, and so is the knowledge.  I propose we create/use a student information system that will allow us to record the two separately.  Not as a grade, but as a recording of whether we have demonstrated that behavior or proved proficient in the learning.  The system has to allow for parents, students, teachers, and colleges to know exactly what the student has learned/mastered and what behaviors the student has exuded.  If we were to go to a competency based learning system and allowed for time to be the variable and learning to be the constant, what would be the point in recording levels of understanding?  Would a binary system of meets or doesn’t meet make the most sense for everyone involved?  What would be the repercussions of creating such a recording system when students began to apply for college admittance and scholarships?

I recently began calling colleges to find out what they would do if a student came to them without a GPA or class rank.  They told me that they would have to develop a class rank by taking into account the classes the student took and their ACT/SAT score.  By having that information, they can plug the data into an equation that generates a “class rank” for them.  They then use that to decide if the student will be admitted and what scholarships if any the student will be rewarded with.  I was told that there are a few scholarships the student would miss out on because of the lack of a GPA, but that they were few and the majority are rewarded from class rank, the classes they took, and ACT/SAT scores.

How are we going to omit grades completely until the colleges learn to find better ways of classifying their incoming students?  It’s easy to see that grades don’t make sense in a Competency-Based Learning System, how do we insure that by going to this, colleges aren’t going to deny them the same opportunities everyone else gets?

This post has been reprinted with permission from Intense Focus, Josh Griffith’s blog.  Josh is principal at Middle/High School at Collins-Maxwell Community School District in Iowa. Josh started off his career as a math teacher where he taught high school mathematics at Hoover High School in Des Moines Iowa.  According to Josh, “It was here that I began to experiment with proficiency based learning.  It became clear to me that this was not enough and that the current system didn’t allow it to become what I wanted or felt students needed.  Last year I completed my masters degree for educational leadership through Viterbo and I am now the principal of the Collins-Maxwell 6-12 building.  I am passionate about personalized learning and creating a system that will support the needs of every individual within it.  I am also a husband and father of two girls and enjoy every second I get with the three of them.  I hope that I am able to create a working system of personalized learning in time for my two girls to experience the benefits of it.”

Photograph is by Jeff Pearce at jeffpearcephotography.com or at  Flickr.