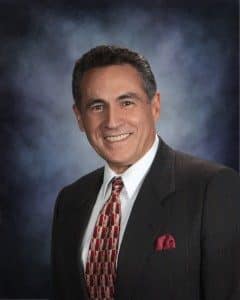 It seems sacrilegious, really, but I am advocating that we do away with the K-12 grade level structure in education.  Perhaps because it has been how we have organized our schools since we evolved from the one room schoolhouse back in the nineteenth century, the grade level structure is taken for granted. You notice that reform agendas do not include doing away with grade levels. We have vouchers, charters, extended day, extended school year, evaluating teachers and principals if we are not firing them, privatizing schools or closing them and reopening them under new management, but no talk of doing away with grade levels. If anything, there is renewed interest in having students repeat grades as a backlash against social promotion.

We talk about thinking out of the box but no one talks about thinking out of grade levels.The reality is that many of the problems affecting our education system can be traced to the grade level organizational structure. Back in the day, when there were thirty-some students assigned to a class with one teacher, the modus operandi was for that teacher to teach to the middle of the pack. The class was taught as a group. Consequently, the kids at the bottom were lost and left behind and the kids at the top were bored and frustrated. Teachers lectured and, with so many students, were seldom able to provide individual instruction. The students who did not grasp the lesson would have to stay after school or come in early to try to get extra help from the teacher. Often that was not enough and thus began a cycle where students were being left further and further behind. Our solution was to provide remediation, summer school, after school, private tutoring. All kinds of add-ons to the school day to deal with students who could not keep up with instruction aimed at children of a certain age at a certain grade level. For the gifted and talented we saw the creation of gifted and talented programs that would either group these students into homogeneous classrooms or provide for their needs at certain times of the day, much like what was being done for their less talented peers.

Whoa there, some of you may be saying, isn’t this what we are still doing today? Yes, over the years we have effectively reduced the number of students in a class to the twenty-something range but we are still tied to the same organizational structure with the same results. The pity is that it no longer has to be that way. Smaller class sizes and technology make it absolutely possible for us to break away from the grade level structure and provide individualized instruction to each and every child. Our teachers will need to be trained to become directors of instruction, guides on the side rather than the sage on the stage. The laws, rules and regulations that have firmly ensconced grade levels into our schools will have to be repealed. Can schools operate without grade levels? Of course they can. Since the 1970’s there have been sporadic attempts at non-gradedness. Montessori programs have been doing it for years. Individually Guided Education was popular in Wisconsin as early as the 1960’s. And of course, the original one-room schoolhouse was non-graded.

The notion of grouping students by age was an accommodation to expediency, not pedagogy. It fulfilled the adult’s need to efficiently organize children into manageable units. And in the days where one adult had to deal with a large number of students without other means of support, it was the best possible arrangement. That is no longer the case.

As states and school districts move towards the adoption of the Common Core Standards, we have the opportunity to move towards a performance-based, competency-based system of education that would allow each child to learn at his or her own pace. The current system expects all children to learn the same thing in the same time frame. We see the result of that process. In a competency-based system children would never be left behind because the instruction would always be appropriate to their level of performance. Today’s technology makes that possible. The teacher as a director of instruction can develop an individual lesson plan for each child using the multitude of software and online courses currently available. Formative assessments will constantly monitor the child’s progress thus informing the next level of instruction.

Rather than grade levels, we can identify children by their level of progress relative to the Common Core Standards. High School diplomas would be bestowed upon those that achieve the prescribed level for mastery of the standards. Students will achieve such mastery at various ages but a high school diploma will have meaning, ensuring that the holder has achieved a specific scope of knowledge and level of performance.

That would be truly transformational.

Daniel A. Domenech has served as executive director of the American Association of School Administrators since July 2008. Domenech has more than 40 years of experience in public education, twenty-seven of those years served as a school superintendent.