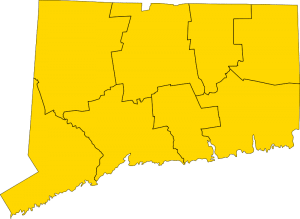 This is the eleventh post in the series Reaching the Tipping Point: Insights on Advancing Competency Education in New England.

In Connecticut, superintendents are among the strongest advocates for a personalized, mastery-based system, as they believe it to be the best way to help each and every student reach college and career readiness. Across the state, communities are raising expectations; providing opportunity is no longer adequate, they want greater accountability that districts will fully prepare each and every student for college and careers.

These publications were a major impetus in creating the policy environment for the legislature to pass the 2013 Connecticut’s Act for Unleashing Innovation in Connecticut Schools. The legislation enabled mastery-based learning by giving districts the opportunity to use credits based on the demonstration of mastery. In 2015, with support from Great Schools Partnership (GSP) and the New England Secondary Schools Consortium (NESCC), the Connecticut Department of Education (CDOE) issued Mastery-Based Learning Guidelines for Implementation. The guidelines are organized in three sections – community engagement, policy, and practice – with suggested steps in each. The section on equity identifies several important issues and suggests mitigating steps.

Connecticut Vision for Mastery-Based Learning
Ensure all students are prepared for college, career, and civic life through multiple and flexible pathways for learning, including mastery-based systems of accountability for student growth.
–MASTERY-BASED LEARNING GUIDELINES FOR IMPLEMENTATION, CONNECTICUT DEPARTMENT OF EDUCATION

Although budgetary issues in CT have drawn attention away from transformational work, the state continues to build capacity by taking advantage of national networks, having joined the ACHIEVE Competency-Based Pathways State Partnership in 2014 and the National Governors Association Competency-Based Education Network in 2016. It appears that the next big policy step will be to reconsider graduation requirements. At the beginning of 2016, a task force established by the legislature offered recommendations for strengthening attention to skills, improved alignment of requirements with standards and assessments, and considered a system that would lead to more students graduating fully proficient in college- and career-ready skills.

CAPSS knows that proof of concept is needed for mastery-based learning to expand within the state. Much of this is being accomplished thanks to a partnership with GSP and its networks, the New England Secondary Schools Consortium and the League of Innovative Schools. Together, they support educators with summer institutes and workshops during the school year. Leadership teams from approximately thirty secondary schools in the Mastery-Based Learning Institute have been trained so far, with additional supports for the actual implementation process. Although mastery-based learning is gaining attention, CAPSS knows the importance of continuing to engage community leaders across the state, including unions, which need to be engaged and have their interests addressed early on. In 2015, they launched an effort to engage student voice in the discussion through a contest for students to prepare short videos about how schools should be changed to improve their learning. In the coming year, the effort to build public will involves working with twenty-three districts on Reimagining High School Education.

Other articles about Connecticut: