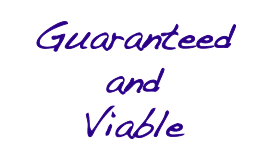 Competency-based education has gathered much energy and momentum across the nation during the past year, evidenced by the increase in the research and policy forums addressing the subject. Accompanying the interest is a dawning realization that organizations cannot fully implement an authentic competency-based system under the auspices of the flawed paradigm that preceded it. Policy wonks are left scratching their heads, wondering how best to negotiate a middle ground between defects of the traditional model and the promise of a competency-based system (CBS). Unfortunately, there is no middle ground; just as there was no middle ground in moving from VHS to DVD, you just need to convert.

The fact is conversion to CBS cannot be a partial proposition. To do it properly requires an all-or-nothing commitment. It is becoming increasingly apparent that simply implementing a fragment of CBS such as a “standards-based report card” does not constitute a competency-based system – it only constitutes a minor tweak to the traditional model.  Even educators who understand this are trapped amid the prevailing mixed signals, believing that to innovate even incrementally is better than not innovating at all. In reality, meaningful and real innovation in school districts is very challenging, given that past practices and policies to evaluate performance and productivity are based on status quo assumptions.  In fact, even in school districts already leading the effort in implementing an authentic competency-based system, there continues to be fossilized and seemingly impenetrable barriers created by the old way of doing business that obfuscate and impede progress. In worst-case examples, the old way even creates inconsistent and regressive implementation of competency-based practices.

Adams County School District 50, entering its sixth year of educating students with an authentic competency-based system, is continuing to bump up against these “traditional” barriers, and has made many adjustments aimed at efficiency and effectiveness. Other changes were in response to well-intentioned, but flawed, rules and regulations created at the state and national levels.

A major barrier to systemic competency-based education that classroom teachers typically encounter at the beginning stage of implementation is the ability to create a guaranteed and viable curriculum. As educators, we know the teaching and learning cycle (the dynamic interaction of standards, instruction and assessment) drives how learning should occur in any learner-centered classroom. Teachers must maintain a uniform balance in this cycle when planning and executing courses, units of study and lessons, but innovators and policymakers forget this basic premise, often in the name of improvement and progress. If we consider the standards component of the teaching and learning cycle (i.e., what must be learned and the optimum sequence for learning it as expected in a competency-based system), several conditions must be considered. They are:

In the traditional model, teachers generally prioritize the standards to be taught based on the relative weight of the content needed to cover the standard and the amount of time available for the course. In a competency-based model, a teacher starts by analyzing each learner’s performance data on standards attainment and then builds instruction based upon the needs of each learner, scaffolding and progress monitoring the learning toward achievement of the targeted standards. This latter methodology is more complex and requires instructing learners at the point they are currently performing and then getting them to competency. This assurance of competency for all the learning is a core tenet of competency-based education, whereas the traditional model only requires learning for some.

While there is much debate and political banter about the Common Core State Standards, the fact is, standards are needed. They are beneficial in the same way that common hygiene standards are beneficial in hospitals around the nation. They provide both accountability and comparability. What is not being addressed in the debate, however, is the sheer number of learning outcomes that teachers are expected to teach and learners are expected to learn in the amount of time available. Are we really surprised that schools are clamoring to add more time to the school day and calendar?

The latest version of the Colorado Academic Standards (CAS), adopted in 2010, was designed upon the assumption of traditional classroom instruction. While the new CAS are far superior to the previous standards in terms of specificity, rigor and support from the Colorado Department of Education, there are major concerns about teaching the bloated number of evidence outcomes in each content area within the time available. In an authentic competency-based system, every learner must demonstrate competence, which in Colorado is typically at the evidence outcome level. The evidence outcomes have been described as the DNA for state assessments, and it is little wonder that teachers and principals focus on them. The challenge in a competency-based model is teachers must collect, track and communicate evidence of progress and attainment for each evidence outcome. Additionally, depending upon how much choice and voice a teacher elects to give learners, it is possible that different learners will be focusing on different evidence outcomes at different times.

A guaranteed curriculum reflects what is imperative to teach, while a viable curriculum reflects what is realistically taught during the time available. In other words, a guaranteed viable curriculum consists of standards and indicators (learning or evidence outcomes) that fully outline the content, concepts, and skills that are essential within an academic content area and at each level to ensure all learners have the opportunity to achieve competency.

In Colorado, the number of evidence outcomes (which are synonymous with learning targets in Adams County School District 50) that a learner is expected to “know and be able to do” has increased dramatically since the implementation of the CAS, particularly with the later infusion of the Common Core State Standards in math and English language arts. The numbers are daunting. There are now an additional 223 learning targets in math and 647 more learning targets in English language arts. This means what a learner who is on track for graduation is expected to know and be able to do as defined by the CAS is no longer viable and, therefore, cannot be guaranteed.

To illustrate, a typical Colorado third grader in a classic traditional grade level system must know and be able to do the following number of evidence outcomes*:

From the table above, it can be argued at first glance that the number of standards is reasonable for each content area. However, when the actual “academic standards” are individually studied, their breadth is readily apparent, especially in science, where the three standards are amusingly identified as: Physical Science, Life Science and Earth Systems Science. Given the broad descriptions, teachers must focus on teaching the evidence outcomes that indicate a learner is meeting an expectation at the competency level. The obvious question then becomes, “Is there sufficient time to teach the requisite evidence outcomes or are certain topics and even content areas being squeezed out, with priority given to those areas that carry the greatest transparency and accountability?”

To demonstrate the time crunch teachers face, let’s review McREL’s (Mid-continent Research for Education and Learning) methodology from an article published in 1998, “Awash in a Sea of Standards.” It described the typical school year as having 180 contact days with 5.6 hours of instructional time per day excluding lunch and recess. This provides for a maximum of 1,008 hours of instruction (180 * 5.6 = 1,008), throughout the school year, not including time used for assessment, school assemblies, etc. McREL conservatively estimated that on average, it would take five hours to “adequately cover” the content of a single benchmark or evidence outcome. With this estimation, a native English-speaking third grader would need 1,800 hours (360 x 5) to cover all the evidence outcomes in the third grade. This is 792 hours above the amount available in a traditional school calendar.

Ultimately, Colorado learners are required to become proficient in 4,780 evidence outcomes for all content areas between preschool and graduation, which for most is a fourteen-year commitment. Remember, evidence outcomes are not created equal; some will require more time and some less. Nonetheless, assuming that 4,780 evidence outcomes can be “adequately covered” using the same methodology as above, a total of 23,900 instructional hours would be required. Put another way, Colorado children would need to attend public school for almost 24 years. The math is clarified here:

Clearly, for learners who demonstrate competency and are on track for graduation, there is insufficient time to cover all the required outcomes in all content areas. For learners not on track for graduation, the problem is more aggravated and schools have to find extra time – after school, in the summer and even through additional years of schooling.  The problem with the excessive number of learning outcomes is exacerbated in an authentic competency-based system, where teachers confirm and track each learner’s competency for each evidence outcome, thus making time more variable to allow for each learner to become competent. Having a multitude of standards and learning outcomes does not make learning more rigorous. In fact, it reduces rigor and inhibits the deeper learning required by a competency-based model.

Until the barrier relating to the sheer number of evidence outcomes is lessened by developing a genuine guaranteed viable curriculum, there will be an imbalance in the teaching and learning cycle at the classroom level. This imbalance will continue to curtail the implementation of much-needed flexible, reliable assessments and credible accountability that can promote learning for all learners in an authentic competency-based system.