Several years ago, I had the opportunity to serve as superintendent in a Kentucky district of about 1800 students. There, with a forward-thinking school board who recognized the need for a very different kind of school experience, we began to explore.

From San Diego to New York City, we visited schools with visions far beyond state test scores. Though the contexts were different, there were many similarities. Students were engaged in learning that mattered to them. They were creating real world solutions to real world problems. They were problem-solving, collaborating, and thinking critically. They gave one another feedback, and revised. The teacher was truly a facilitator of learning and a coach–and the quality of the students’ work was unlike any I had ever seen.

Projects and challenges led to products that were beautiful and inspiring, work that had obviously been produced with tremendous pride. The purposes for the students’ work were also authentic; whether they were recommending artifacts to the Board of the September 11th Memorial Museum in NYC or creating generators from old bicycle parts, it was obvious that student success had been defined far above the typical state accountability turbulence.

What we saw and learned from those visits gave our work a new and even more urgent purpose. Our students couldn’t begin to be able to compete with those we saw in San Diego and NYC, and not because of any shortcomings on the part of the students. The barrier was us– the adults–and our very limited vision for what school could and should be.

Our immediate work focused on one driving question: What does our diploma mean? We realized after only a short discussion that, although we could all say what we hoped it meant, there wasn’t a consistent definition. We knew that in the most literal sense, it meant students had completed 13 years of school (served their time?) and met, at least minimally, the requirements to graduate. Our community surely hoped their 13-year investment would result in more. Definitively answering that question seemed a good place to begin.

The response, a document we called “The Danville Diploma,” became the driver for transformational change in the student experience. If we were sincere about fulfilling the diploma’s promise to our community by graduating students who could create, collaborate, communicate, and persevere when faced with challenges, we had to hold ourselves accountable for our students developing those competencies, along with mastering academic content, in a very different way. The work that followed gave me tremendous insight into just what was possible when a vision beyond test scores was shared by a community.

And many across the country began paying attention.

From the Harvard Education Letter to PBS NewsHour to NPR, suddenly, our small school district was visited and written about. It was an incredible experience. Most importantly, the work our students were doing became much more interesting and inspiring. Products like “The Case of the Hungry Hound,” a video created by one of our middle school students as part of his Performance-Based Assessment Task (PBAT), became much closer to the norm during that time. As a result, I have to believe the students who were there were much better equipped for successful futures.

I am always amazed with where life takes you. Having grown up in rural Kentucky, with my first teaching position being at Stamping Ground Elementary School in the very same classroom where my mother taught first grade years before, I had no idea what my future held. I just wanted to show up every day for those fourth graders, and do the very best I could by them. My mission and drive haven’t changed, but my context certainly has as I find myself, 27 years later, serving Jefferson County Public Schools–the largest district in Kentucky and one of the 30th largest in the country–as Chief Academic Officer.

I met the current superintendent when he was a school principal, and we were connected by a mutual friend because of our passion for the same kind of work. We met, talked, made ambitious plans for his school, and several weeks later, he let me know he’d been hired as the acting superintendent for Jefferson County Public Schools. He asked if I’d join him as the Chief Academic Officer.

And so we began.

The Kentucky Department of Education had just completed an audit of all district operations, from special education to transportation to teaching and learning to human resources. Nothing was left untouched. The district–with close to 100,000 students and more than 150 schools–was under threat of state takeover.

But there were bright spots. The district was hungry for leadership, and there was so much talent. The board and the teacher’s union had also worked together to create a strategic plan that had, as its number one goal, ensuring deeper learning for all students.

As we awaited the results of the audit, we generated a vision. The superintendent often said that we had to take “big swings” to get this right. We were about to take the biggest swing of all: we agreed that school, as it was, was outdated, if not obsolete. 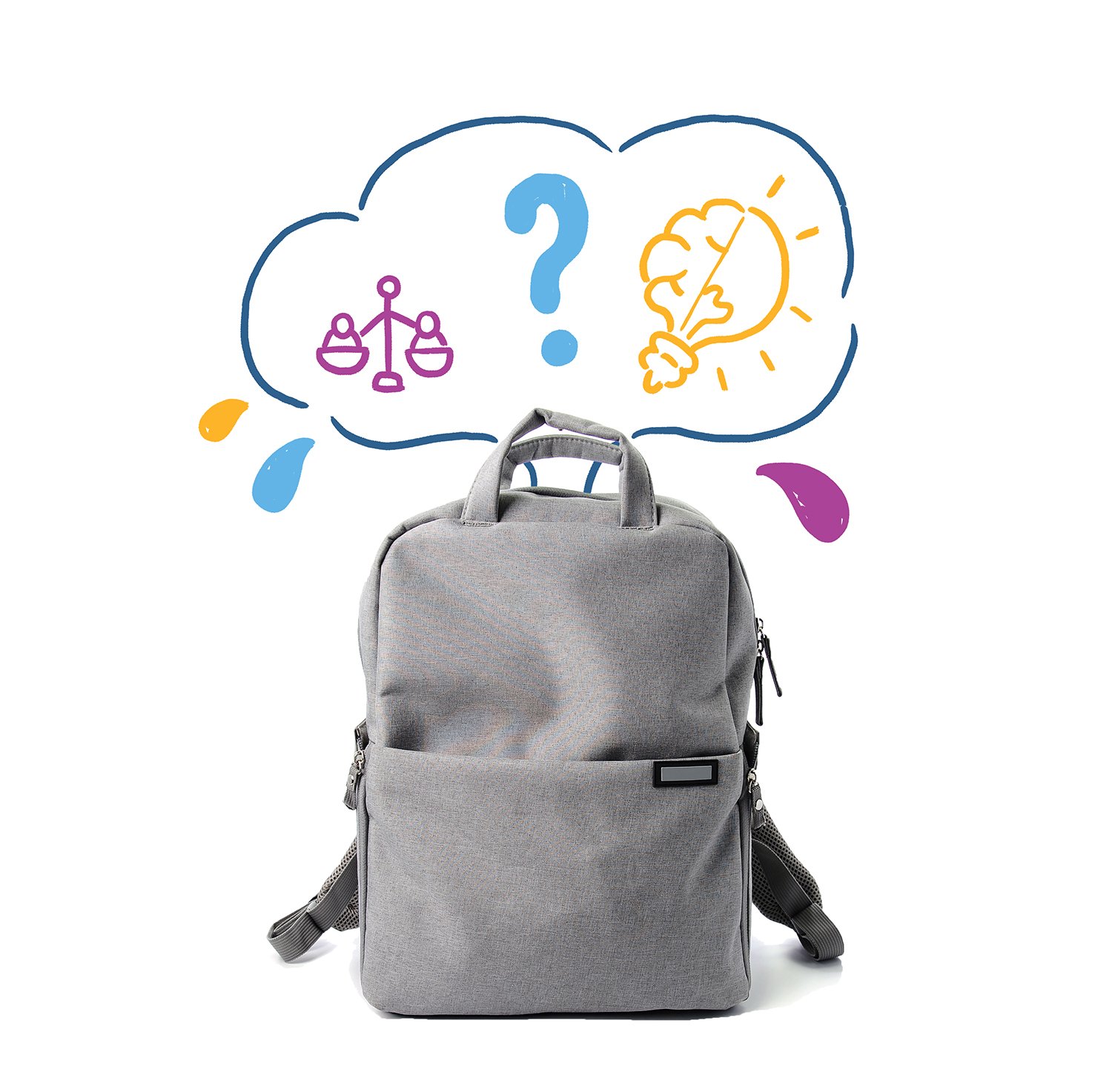 Even with so much at stake, I did not feel that we were in unfamiliar territory. We started with the same question we’d answered in Danville: What does our diploma mean? We talked with as many groups as we possibly could, and in those conversations, we asked these questions:

The responses were consistent, no matter the audience. First, we agreed that academic skills were a given. That, after all, is what schools and districts are required to do. The life skills they listed were those you might imagine–the ability to persevere when faced with challenges, to problem solve and be effective communicators, to think critically and creatively, to develop empathy and appreciation for differences in individuals and cultures.

I would often pose the second question as a challenge: If you had 30 students and one week to create a learning experience that would ensure that the students could show some kind of evidence of having developed and grown in one or more of those skills, what would you do?

The answers to the second question were always interesting and fun to hear. What I found especially significant is that every group could very quickly describe a learning experience that cultivated the skills they’d generated as well as the application of a wide variety of interdisciplinary academic content. Some shared they would take students on a trip, and they would let them do all the planning and organizing. Others said they would ask students to tackle an issue facing the local or even global community. Some said they would have them complete and then design a breakout game. Planning and planting a garden was another I often heard. Even groups who weren’t educators had great ideas! Almost always, they would begin by posing some kind of challenge for students to tackle.

As you might guess, no group ever suggested that students answer multiple choice questions or complete a worksheet, create sentences from new vocabulary words, or make some kind of display from posterboard.

Instead, for every experience suggested, there was a real purpose and a real life connection. Never did any group say they’d have the students watch PowerPoints and take lots of notes before getting started. They didn’t say they would have the students front load all possibly relevant information. Instead, they presented the issue or challenge, and had the students go to work. The tasks were challenging, to say the least. Students didn’t draw a picture of a garden. They created a garden. They didn’t plan an imaginary trip. They planned a trip they would actually take. Certainly, the work would require reading and writing, but would ultimately lead to a bigger end–an end students could get excited about.

When asked where students have the opportunities to grow these skills in the course of a school day, groups often answered consistently. Participants would mention a special teacher (“Ms. Jones always has her students create gardens,” or “Mr. Goodwin teaches this awesome unit where students build catapults and trebuchets.”) There were also after-school and extracurricular experiences, robotics being frequently mentioned. They would excitedly share examples, and these always brought smiles. Whether the participants themselves had experienced what they described or knew children who had, it was obvious that they held these dear to their hearts. This was the learning that brought up great memories and good feelings.

The second part of that question, however, was always met with a pause. “Do all kids have these experiences?”

The answer, without exception, was always no. Some kids benefitted from after-school experiences and some kids had teachers who created awesome learning experiences, but many never got the chance. After-school experiences like robotics often require resources that all kids and all schools didn’t have. Each group came to the realization that we had an equity problem. And although news of achievement gaps certainly wasn’t new, we were ready to probe deeper and ask ourselves the pivotal question: Could we (the system) be part of the problem?

As many of us realized, the answer is unequivocally yes.

Read the Rest of Coleman’s Leading for Deeper Learning Series 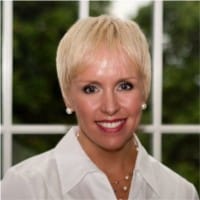 Carmen Coleman is the Chief of Transformational Learning and Leading at Ohio Valley Educational Cooperative. Dr. Coleman served as the Chief Academic Officer of Jefferson County Schools from 2017 to 2022 and as superintendent of Danville Independent Schools from 2009 to 2014. From 2014-2017 she was associate clinical professor at the University of Kentucky (UK) in the Department of Educational Leadership Studies. Previously, she was director of elementary schools in Fayette County, the state’s second largest school district, from 2006 to 2009. She began her career in Scott County, where she worked as a teacher and principal from 1994 to 2006.