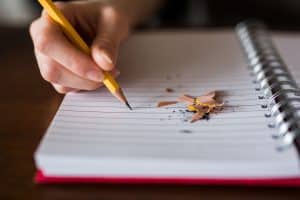 This post originally appeared at the Learner Centered Practices Blog on September 11, 2017. Belolan is the instructional coach for RSU2 in Maine.

For most of us it feels like we are into the swing of the school year. Older learners are jumping into their learning targets, and our youngest learners are getting the hang of how school goes. Visions and Codes of Conduct hang on the walls, Parking Lots have some stickies, and we can pat ourselves on the back for including learner voice.

Remember that a strong culture that promotes learner agency is something that needs to be sustained all year long. While Visions and Codes of Conduct are important tools for sustaining culture and giving learners voice, there are many other ways to do this as well. I challenge all the adults in learning out learning communities to turn as much decision making as possible over to the learners. If we want a culture that supports learner agency, then we need to create as many opportunities for learners to be decision makers as possible in their learning environments as well as in their learning.

After all, having voice is having a say. How many decisions do we make on a regular basis for our learners? Thousands. Surely there are some that can be turned over to even the youngest learners. Here are some categories of decisions that can be turned over to the learners (with appropriate facilitation depending on age, of course, and lots of accepting of approximation and reflection!).

1. Prioritizing: The example I keep thinking about is one that we can reflect on for next year, or the next “new” class. We typically spend that first day with learners “preach-teaching.” That is, listing off all the nitty gritty of what WE think they need to know. How about asking the learners what THEY feel is most important to know that first day then support them to prioritize the order in which you talk about them? I know more than one teacher who apologizes for the day or says “I promise it won’t be like this.”

2. Organizing: From how the desks are set up, to the labels in the binders, this is an area where we can let the learners take over. Any time we as the adults have to organize something, we can turn it over to the learners. Sure, it will take longer and, sure, first attempts might not go well, but think about the amount of skills they will gain from taking on a meaningful task then reflecting on it. Not sure where to have the meeting area? Ask the learners. Need to set up portfolios? Ask the learners. Want to keep track of how many books the class has read? Ask the learners. Interested in having a more public display of who is where with learning targets? Ask the learners.

As you continue on this year, consider every day to be full of opportunities to include learner voice. Ask yourself “what is it I am doing, that the learners could be doing?” Then, turn it over to the learners.