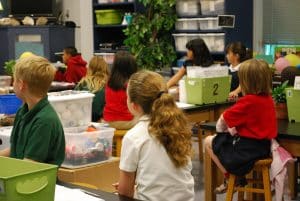 This post originally appeared at the Learner Centered Practices Blog on March 19, 2018. Belolan is the instructional coach for RSU2 in Maine.

In earlier posts I’ve talked about ways to bring learner voice into the general culture of a classroom, team, or building. In this post, I’d like to focus on bringing learner voice into learning opportunities. There are many ways to do this, and the few offered here are simple ways to begin. However a teacher, team, or building goes about it, the point of including learner voice is to give them an equal and legitimate say in the decision making and planning processes of the classroom, team, or building. This isn’t leaving all the control up to the learners, much like working with choice isn’t about offering endless alternatives all the time. This is about creating opportunities, moments, chances, for learners to participate in the decision making and planning process. How much scaffolding (which remember, gets taken away) is needed in order for learners to exercise their voices successfully depends on the age and ability of the learners.

1. The Wonder Wall: Encourage learners to be curious, and wonder things. As they do, record them somewhere public to the class, team, or building. This could be a regular activity, like a weekly wonder share or during morning meetings. This could also work nicely as an impromptu activity, such as when an interesting question comes up during class. Rather than go off on the tangent, put the question on the Wonder Wall. After a short time the Wonder Wall serves as the class, team, or building bank of ideas to use to plan ideas and topics for learning opportunities and projects.

2. QFT: The Question Formulation Technique is a process that moves learners through generating their own questions about a topic and can be used with any age group. You can learn more about the process from The Right Question Institute. QFT can be implemented either before or after learning targets for a particular learning opportunity have been introduced. Either way, the learners are the ones generating questions of interest to as a means of learning the expected knowledge and skills.

3. Rules of Order: Once shown and given time to practice with rules of order, or parliamentary procedure, learners can use the process to choose themes and ideas for learning opportunities and projects. We all use rules of order of some kind in various meetings, and there are plenty of simplified rule sets that a wide range of learners can use. Some of them are: one person introduces a motion, one person seconds a motion, the motion is then open for discussion, one person speaks at a time. Learners pick up these rules very quickly and within a short amount of time are able to use the process to make decisions. Imagine learners using rules of order to decide upon a topic or theme for upcoming seminars using the ideas in the Wonder Wall. Imagine learners using parliamentary procedure to plan for a team-wide project.

One important key to using any of these strategies for including learner voice is to actually let their voice be listened to. In other words, accept their decisions and ideas even when they aren’t good ones. Let them flounder and make some mistakes with it. Include reflection with things go well, and when they don’t go well. If teachers swoop in an veto a decision or an idea learners put forward because we strongly believe it won’t work, then the leaners never get to learn why it won’t work and how to make better decisions.