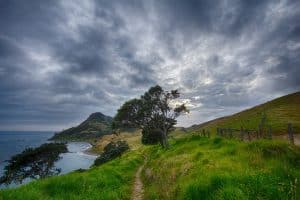 New Zealand has been exploring future directions in competency-based learning and assessment for decades. The movement is grounded in social justice and equity. The principles of good practice which are the focus of the conversation today should realize that assessing competency in a situated learning setting is a balancing act and an activity of social learning via communities of practice while holding all students to the same high standards with articulated outcomes of what a student knows and can do with exemplars.

An important focus in New Zealand is the research underpinning competency-based learning on how students learn best:

Students work on mastery toward skills to be competent and there is an emphasis on peer-to-peer and social learning that empowers student agency. There is increasing interest in competency-based learning with an integrated approach to assessing learning. Sufficiency, timing and methods of assessment are examined in competency-based systems. Some students have control over how they are assessed (on set standards), assessments should be a meaningful part of the learning process and students (as well as assessors) are aware of exemplary work as a guide.

The move toward competency-based learning started forty years ago. It was a move away from norm-referenced to criterion-referenced. Why? To improve transparency of the learner and what they know and can do, to provide clarity on a learner profile of student achievement over time, including through portfolios of student evidence of demonstrated competence, and, to provide equity and drive equity in the K-12 education system.

For example, in a norm-referenced grading system – how does a student really know where they are in the learning progression with a percentage score? If this is graded on a curve, it is even more misleading. Take the case of a 48% score – this student knows they are failing. Through an equity lens, this is demotivating and has devastating effects. This poses a cautionary tale – bureaucracy gets in the way with standards and measuring standards without focusing on ensuring all students reach high standards and shifting to criterion-referenced. If the student doesn’t demonstrate mastery within a criterion-referenced system, what are the next steps? What are the supports and services needed to develop competence and how can that feedback loop with educators work from “not yet proficient” to “meets or exceeds” standards.

Future directions in competency-based education will become more integrated in approaches to learning that move away from subject or course “containers” and make a shift to learning across subjects on relevant issues, projects and problems – away from standards-based on course units toward simply addressing standards-based competencies across domains. Competency-based assessment is often restricted by agency reporting requirements which can serve as a policy barrier at odds with student-centered learning needs within relevant active, situated, integrated learning experiences that provide deeper learning of knowledge, skills and dispositions.

New Zealand’s adoption of a standards-based model of national qualifications dates, according to Andrew Kear, from the 1990 Amendment to the 1989 Education Act. Its genesis lay in more than one place. However, a central motivation was the growing evidence during the 1960s and 1970s that the crude drafting mechanism of norm-referenced school examinations was no longer serving the economy. Put simply, there was a shrinking number of low-skilled jobs for those rejected by the education system at the age of 15. Moreover, those who were identified as having failed felt branded as failures throughout life.

Kiwi’s like Kear often uses the term “standards-based” when referring to competency-based education to convey a broader connotation including the means by which a competency is described and the level to which learners must meet it.  The term “criterion-referenced” does as well. Learners want to understand what they need to know or do. As the system itself acquires higher stakes, those in charge of it – a ministry of education, a licensing board, a qualifications authority – want rules to ensure the logic, consistency and equitability of its parts.

A standards-based model is probably best suited to assessment for learning in real time: the student makes the speech, the educator (assessor) is there, observes it, compares it against the published standard (or what a student needs to know and do) and assesses it.

Competency-based learning and certification systems certainly aren’t new – it is firmly in place in driver licensing, music schools, and many other examples. In reality, though, the general public doesn’t necessarily trust that the system is fair. In seeking to assure ourselves of the consistency of the interpretation and application of standards, we have resorted to processes, heavy on administration, that were to ensure the standard by investigating the tools, the systems and samples of the judgments.

Ironically, these processes are themselves often far from standards-based. They are in effect divorced from the real question which is simply about whether all learners and all assessors are in accord as to the exact nature of the competency defined by the published standard. One approach to deal with these challenges is to set and monitor the standard as close together as possible, reduce the written detail of the published standard while at the same time increasing the dialogue between those who set and those who administer the standards. The principles used in writing the standards and in their assessment and in their moderation are those of social learning via communities of practice:

* Colloquium on Competency Based Learning and Assessment (CBLA).

* New Zealand’s experts and thought leaders (working on CBLA for more than two decades) hosted me to share their experiences in the field and best practices.

* Presentations highlighted CBLA projects, policies or processes providing a number of case studies and exemplars in the field.

* Report: Proceedings of the Colloquium on Competency Based Learning and Assessment (2016)