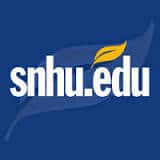 Originally posted October 9, 2014 on Getting Smart.

Manchester, New Hampshire may seem like an unlikely place for a revolution, but private nonprofit Southern New Hampshire University (SNHU) has produced three remarkable innovations that have the potential to reshape the higher education landscape: a leading online program, a new competency-based degree program, and a platform spinout.

Last year, SNHU launched College for America, a competency-based associate degree for working adults and their employers. The AA in General Studies for Business is organized around 120 competencies that, for example, include:

Students demonstrate these competencies by completing 20 real-world projects. Experienced learners can choose a fast path to show what they know while a more supported path is available for new content. College for America costs $2500 per year regardless of pacing. 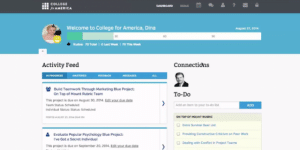 The first AA degree was awarded to a factory worker who sped through the program in 100 days by spending 8 hours a day on his studies.

College for America is marketing to low wage earners and encouraging companies to pick up the tab. Enrolled students average 40 years old.

Learning from Christensen, LeBlanc is aiming the disruptive program at areas of nonconsumption. He sees lots of interest from health care where hourly workers at hospitals have highest turnover and are the source of the lowest rates of patient satisfaction.

There is no failure in the competency-based system–just “mastery” and “not yet.” Students can re-submit work and benefit from feedback from the adjunct faculty members.

Learners have a coach that serves as an academic advisor and helps construct and monitor an academic plan. Like WGU, there are no instructors in the traditional role of content delivery. In addition to faculty feedback, learners access peer communities for academic assistance.

Last week College for America launched a bachelor’s degree and 70% of the early enrollers had completed a CfA AA degree.

Platform spinout. Brian Peddle and the CfA team explored a variety of learning management systems (LMS) before deciding to build their own platform to support the innovative competency- based CfA program. The platform they built, Motivis, was spun out as an independent company last week with the benefit of a $7 million investment.

While LMS’ are designed to house content, Motivis is a student-centered platform. Inspired by Fidelis, LeBlanc calls the platform a “learning relationship management system.”

The platform has a bar across the top that charts a learner’s progress. Tabs organize faculty feedback and messages from project team members. The platform is becoming a stronger support community with more than a 1000 users on the platform.

Motivis is built on the Salesforce platform. As learners build connections they will be pushed to Linkedin where students can manage their resume and portfolio.

SNHU retains ownership of Motivis but the company has an independent board which includes Harvard’s Clay Christensen.

Motivis is most likely to be adopted by community colleges, high schools and CTE programs. Many will want to license the CfA competencies and content.

Just five years ago, SNHU was a small private college with only 2000 students. The success of SNHU in scaling through online learning was described as in Slate as “the Amazon of High Education.” Read and watch to learn more about College for America and SNHU’s competency-based approach: