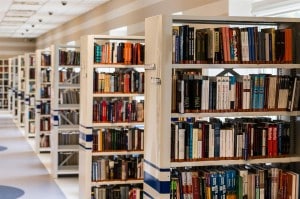 This post originally appeared at the Christensen Institute on June 15, 2018.

One of the only things Republicans and Democrats in Washington, DC can agree on is that they don’t like the accreditation system in higher education.

This matters not only because any institution accredited in the northeast claims the same seal of quality assurance as Harvard University regardless of its outcomes, but also because for over half a century now, accreditors have been the gatekeepers to federal financial aid for colleges and universities.

Although Republicans and Democrats agree accreditation is problematic, they don’t agree on a solution. Enter Judith Eaton, the president of the Council for Higher Education Accreditation. In a piece titled “How disruption can contribute to the future success of accreditation,” Eaton opines on the merits of accreditors embracing disruption.

What she describes isn’t actually embracing disruptive innovation—a specific theory relating to competitive response. But her diagnosis of what ails accreditors and what it might take to help them does borrow some strong insights from the broader playbook on innovation. Accreditors would be smart to embrace this thinking to, as Eaton wrote, “move accreditation forward on our own terms.”

Here’s the first insight from the innovation playbook. Organizations do what they were built to do. An organization is fundamentally comprised of a value proposition, resources, processes, and priorities (dictated by its revenue formula) that defines its capabilities, but also its disabilities—what it cannot do and prioritize. Organizations naturally shun any initiative or project that violates those four things or morph the initiative to fit them. Why does our education system produce the number of dropouts it does at each interval? It was built as a sorting system. It is successful at performing exactly what it is supposed to. Why do accreditors focus on supporting colleges and universities? That’s what they were built to do. They were not built for accountability.

Accountability was instead thrust upon them when Congress installed accreditors as the gateway to federal aid a few decades ago. Accreditors appear happy to play the role, but it is an awkward marriage with tasks at odds with each other. Helping versus punishing, in essence. A collegial membership organization versus one tasked with kicking members out.

In other words, the tension is because accreditors are doing what they were built to do. It’s a useful function for sure. It can help institutions learn from each other and improve. But it’s not what “external actors” want—“accreditation [to be] first and foremost focused on accountability,” as Eaton wrote. What those external actors want is incompatible with what accreditors were built to do.

This leads into Eaton’s second point around “the increasing pressure on the accrediting community to further engage and provide leadership for innovation in their work and in higher education.” To do this, Eaton says, accreditors will have to move beyond their four major pillars: “(1) its scope of activity—what it chooses to examine, (2) its expectations—as presented in standards and policies, (3) its processes—how it goes about its work and (4) its decision-making—its judgments about quality.” As Eaton wrote, “Disruption in accreditation would ultimately mean a redesign of some and perhaps all of these pillars over time.”

It’s no coincidence that these four elements map onto accreditors’ value proposition, resources, processes, and priorities. Eaton is right that accreditors will have to reinvent these for it to take on a new function because organizations can only do things that fit the elements of their business model. This is why establishing an autonomous organization is so critical when disruptive innovation is afoot. You have to build a new organization with different capabilities.

Even if this isn’t classic disruption, accreditors may need to heed the advice of creating an autonomous organization if they are to fulfill Eaton’s recommendations around having fewer standards that focus “more on whether students succeed and less on how institutions are operating”; judging “stand-alone non-institutional providers” that are unaccredited; and moving beyond self-study and peer review to leverage data analytics and “external verification of information and even strong conflict of interest protections” (kind of like those Entangled Solutions and I wrote about here and here for the Education Quality Assurance Standards Board).

Or one could imagine accreditors creating an autonomous organization that consumed the standards from independent reviews—like the Education Quality Assurance Standards Board proposed—to do what Eaton ultimately proposes: make “judgments [that are not binary] about accredited status and quality improvement…. [because] the days in which an institution can be tolerated as well-intentioned but operating poorly and needing years to fix itself are gone. Students, the public and lawmakers are no longer accepting of substandard institutions that we say are ‘improving’ and thus should continue to be accredited and to operate.”

Under that guise, the current corpus of accreditors could continue to operate to help institutions improve. They would no longer be the gatekeeper of federal financial aid though. The new organizations the accreditors spawned would be in charge of that—in keeping with Eaton’s edict for accreditors to play a role in defining the future.