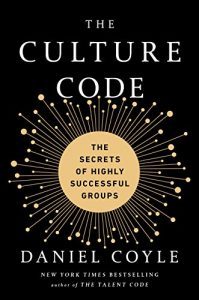 This is the second part of a three-part series on creating a culture of learning, inclusivity, and empowerment that are important principles for equity and quality of competency-based systems. Start the series here.

Once you have created a culture of safety, how does a leader draw on that to create a high performing team?

In exploring the second skill of Sharing Vulnerability, Daniel Coyle, author of The Culture Code, describes cohesive teams with “moments of fluid, trusting cooperation.” Drawing on examples from Pixar and the Navy Seals, Coyle describes attributes of high performing teams that I don’t think I have ever seen in a district, school, or organization advancing competency-based education. These are teams that have evolved to be able to endure directness and candidness at very high levels. They can tolerate, and actually value, the vulnerability of facing up to and owning mistakes, weaknesses, and poor performance.

Pixar uses a Brain Trust to bring in people to meetings during the development of a film to identify all the problems. Navy Seals use an After-Action Review to identify and analyze problems and “face uncomfortable questions head-on: Where did we fail? What did each of us do, and why did we do it? What will we do differently next time?” And I began to wonder: Is one of the reasons we aren’t more successful in helping students learn and grow because we have too low of expectations for ourselves of what it means to have a high performing organization? What would happen if each time a student didn’t reach their learning goals, we had After-Action Reviews in schools or professional learning communities to figure out why and what could be done differently?

One of the messages in this section that is important for all of us to remember is that “vulnerability doesn’t come after trust — it precedes it.” Dr. Jeff Polzer, a specialist in organizational development, explains that vulnerability “is about sending a clear signal that you have weaknesses, that you could use help. And if that behavior becomes a model for others, then you can set the insecurities aside and get to work, start to trust each other and help each other. If you never have that vulnerable moment, on the other hand, then people will try to cover up their weaknesses, and every little microtask becomes a place wheres insecurities manifest themselves. He goes on to ask, “What are groups really for? The ideas that we can combine our strengths and use our skills in a complementary way. Being vulnerable gets the static out the way and lets us do the job together, without worrying or hesitating. It lets us work as one unit.”

Dave Cooper of the Navy Seals says, “The real courage is seeing the truth and speaking the truth to each other. People never want to be the person who says, wait a second – what’s really going on here?” He uses the phrase “backbone of humility” to describe the “paradoxical nature of the task: relentless willingness to see the truth and take ownership.” Again, I start to wonder: What would it take to create such an empowering and respectful environment where teachers could stand up when they see a problem in just the same way that anyone on the line in Toyota factories can halt the line when a problem arises so that it can get fixed immediately?

Tips for creating shared vulnerability include:

Over-communicate expectations: Leaders should send continuously signal that cooperation is an expectation. A guiding rule is, “The more complex the problem, the more help you need to solve it.” Another idea is to set the expectation that the job of a team member is to make others successful. It is important to focus on two critical moments when forming groups: the first vulnerability and the first disagreement.

Listen like a trampoline: Much of this section is about how to signal vulnerability, and much of this is in how we listen. It’s also about the types of questions we ask. When asking questions, effective listeners “rarely stop at first response. Rather, they find different ways to explore an area of tension, in order to reveal the truth and connections that will enable cooperation.” They try to surface the issues and group dynamics. Avoid adding value, instead ask people to “say more about that.”

Use candor generating practices like After-Action Reviews and Brain Trusts: The goal is to flatten the organization and keep a strong sense of ownership over the project while building up the team’s expectations for themselves of consistent high performance.

Embrace the discomfort: This level of vulnerability means learning to “tolerate emotional pain and a sense of inefficiency.”

Align language with action: Use language that reinforces interdependence. For example, “Navy pilots returning to aircraft carriers do not land but are recovered.”

Use flash mentoring: Shadow someone on your team for a few hours. Short interactions can “help break down barriers inside a group, build relationships, and facilitate the awareness that fuels helping behavior.”

Make the leader occasionally disappear: Find ways to let the team take on leadership for themselves periodically.

Perhaps we should create some new mechanisms and language for competency-based schools for this type of courageous conversations about why we haven’t been able to help a student grow in the ways that were hoped for?

The final article will look at the third skill for creating the culture that enables a high performing team: Establishing Purpose.