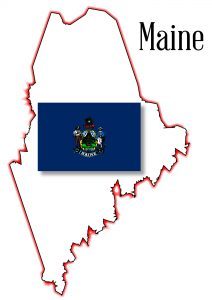 National public reflection has begun about lessons learned from Maine’s pathway toward proficiency-based learning for other states. However, the variety of tone and framing will certainly influence the lessons that we learn. Those who write about schools are creating a narrative that stretches from “uphill battle” to “roll-back” to “failure.”

The framing of the Maine’s policy as a failure is terribly misleading. Is it really a failure, or did the initiative require more time and support? Certainly, we learned along the way that culture and pedagogy was equally important as structural changes. That calls for corrective action, not terminating the policies. Was the problem that the state legislature didn’t have enough grit? Perhaps Maine will find that their proficiency-based districts are stronger at engaging, motivating, and helping students to succeed across a broad spectrum of knowledge and skills. Perhaps we will find that Maine discovers that implementation is iterative. This may just be one step in a much longer story of rebuilding the American education system around our nation’s aspirational goals.

It’s important to note that missing from these narratives from national organizations are the stories of districts choosing to go forward. It is better to describe Maine as running a dual diploma system or some might describe as at a crossroads. Here are articles from the local level in Maine:

Lessons learned from those who have found value in proficiency-based learning will offer equally important lessons. Hopefully, someone will do in-depth interviews with those districts moving forward, including interviews with teachers, school boards, students, and principals.

School board candidates are going to have to figure out where they stand regarding these two options: ranking and sorting or finding successful paths for every student. Each will have to create their own narrative. We hope that they will embrace the growth mindset and belief that their superintendents, principals, and educators are learners and that they can learn how to reshape schools around student success.

For inspiration for those of you continuing to do what is best for students and their learning, I offer a quote from Don Sivisiki, one of the earliest leaders in proficiency-based learning in Maine, taken from from the Quality Principles for Competency-Based Education, :

It starts with a growth mindset that values all of us as works in progress. It’s the joy of learning that motivates all of us to do our best. We have to let go of fixed mindsets that make us afraid of taking risks that might lead to failure. We must have a culture that understands failure is temporary, focusing one’s efforts and supports to conquer the challenge.