This post originally appeared at Getting Smart on August 5, 2015. 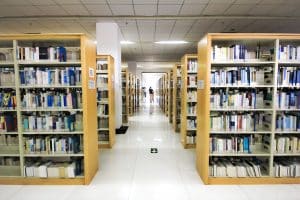 “One system that has often been overlooked in conversations about competency based pathways has been that of career technical education (CTE). CTE has promoted personalized learning and real-world application – both fundamental tenets of a competency-based approach – yet it has rarely been intentionally integrated into states’ Competency-Based Pathway (CBP) approaches.”

Alissa Peltzman, Achieve’s VP of State Policy & Implementation Support, is right. There’s much to learn from CTE that can inform and act as an entry point to competency-based systems in both K-12 and HigherEd systems.

With this acknowledgement, Achieve recently partnered with the National Association of State Directors of Career Technical Education Consortium (NASDCTEc) to elevate the value of coordination between CBE and CTE leaders.

In May 2015, Achieve and NASDCTEc brought together national partner organizations alongside several states within Achieve’s Competency-Based Pathways (CBP) State Partnership to better understand the implications of systems alignment, identify key considerations, and elevate states and districts already beginning this integration. To share insights from this work, the groups co-authored and released Building a Strong Relationship between Competency-Based Pathways and Career Technical Education–a report that identifies opportunities for collaboration, integration, and strengthened relationships between CBP and CTE leaders. It explores the leverage points and challenges to integrating CTE into a CBP system, and where possible, offers state and district examples.

The brief issues a call to action for states to be intentional about including CTE in the transition to competency-based learning and offers a number of leverage points to better integrate CTE into CBP strategies, including the support of:

Key questions for states include:

Finally, Achieve andNASDCTEc leave states with a number of factors to consider such as incorporating CTE at the outset to break down the deeply entrenched silos that exist at every level of the education system; ensuring equitable student access to high-quality CBP across CTE areas; building capacity for districts, schools, and educators to transition to an integrated CBP system; overcoming data and reporting challenges to capture student proficiency where it happens; recognizing that some elements of CTE programs are still beholden to time; and crafting a thorough, well-executed communications plan to build shared buy-in and common understanding among key stakeholders.

For more information, download the full brief, or join the conversation on Twitter with @AchieveInc and @CTEWorks.

Carri Schneider holds diverse experience across K-12, higher education and education policy. Since leaving her second grade classroom, Carri has been actively involved in supporting education policy efforts to advance innovations in teaching and learning. She served as an online educator from 2005-2013 in a fully online Master’s program in Educational Leadership and taught graduate-level courses in School Law and Curriculum. She has authored several pieces on the future of education. Carri manages Getting Smart’s publication portfolio and co-authors dozens of pieces with writing partner Tom Vander Ark. Carri has also presented at national conferences including SxSWedu, iNACOL’s Blended Learning Symposium and AERA. She holds a M.Ed. in Educational Administration and an Ed.D. in Urban Educational Leadership with emphasis on education policy and social justice.