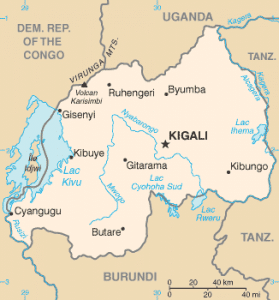 Although practitioners may squabble over the definition of competency-based education (CBE), there is a fundamental core of CBE that centers on mastery, formative tests, and recurring feedback. Of course, that doesn’t mean that there won’t be a wild proliferation of learning pathways that burgeon from those same core definitions.

In that same vein, online CBE is not only gaining traction in the United States, but also around the world. We often forget about the role of CBE in a global context because there are enough challenges to contend with at the national level, but in sub-Saharan Africa, a small university called Kepler is making substantial strides toward helping impoverished students in Rwanda.

I had the chance to catch up with Chris Hedrick, the CEO of Kepler, and hear about his work on education to employment in Africa. Kepler is delivering a U.S.-accredited degree program through a blend of massive open online courses (MOOCs), CBE, and guided in-person interactions. Through a partnership with College for America (CfA) that started in 2013, 100 percent of Kepler’s pilot class of 49 students is on track to complete associate’s degrees in less than two years; in fact, two-thirds of the class has already completed their associate’s within 17 months. In June 2014, Kepler recruited another class of 100 students and is now admitting another 150 students from Rwanda and neighboring countries, including Burundi and Uganda, as well as Congolese citizens who are living in refugee camps in Rwanda. For these latest 150 spots, Kepler received nearly 7,000 applications. Talk about demand.

Financial constraints are currently forcing Kepler to be even more selective than Harvard, as most students are on full scholarship programs that are generously supported by the IKEA Foundation. Nevertheless, the university is getting a handle on its per-student costs and over the next three years will approach its target tuition rate of a little over $1,000 per year, which is competitive with the price point of traditional Rwandan universities. At the same time, Kepler is working on creating student-loan programs so that more students can have access to Kepler’s programs.

To give you a sense of how this works: The first two years of the degree program focus on mastering foundational skills and competencies so that students learn how to learn effectively and attain an associate’s degree. The third year integrates content for a BA degree as well as employment-oriented training and internships.

Students begin by spending two months in a bridge program that reorients them away from the highly didactic pedagogical practices they’ve become accustomed to in the Rwandan system of education. They learn how to participate differently in class and work on project-based assignments.

The entire three-year program emphasizes professional competencies, but during this bootcamp, which takes place in June through August, students learn how to use technology, which includes learning how to type 50 words per minute. They learn about time- and study-management, as well as about working in teams. There is a strong emphasis on communication, collaboration, and other activities to help boost their confidence as students.

Starting in September of their first year, students take foundational courses that prepare them for their online CBE degree programs. Kepler students range in age from 19 years old to adult learners in their 30s. The student population in aggregate is 50 percent female and 50 percent male, which contrasts with traditional Rwandan universities in which there is a 30 percent female, 70 percent male breakdown.

In shared homes in Kigali, 12 to 20 students will watch videos from MOOCs or other open educational resources. Using guided discussion questions, the students will talk amongst themselves about what they learned, for instance, from a video on macroeconomics from the University of Melbourne. The following day, a course facilitator, who is Rwandan, will guide a classroom discussion to contextualize how that lesson on macroeconomics applies to the economies of Rwanda or Tanzania.

None of the facilitators have a PhD, and only a few are subject-matter experts. But Kepler devotes at least three hours of training every week to develop the facilitators’ skills in coaching, teaching, and mentoring. For the most part, their guided facilitations are scripted with opportunities built in for more free-form discussions. This is a technique that groups like the Minerva Project and Bridge International Academies are deploying to get at economies of scale while standardizing lesson-planning and teaching quality across a large number of instructors.

The hope is that Kepler in Kigali will ultimately be run entirely by Africans. To that end, more senior students are brought in to collaborate and serve as teaching assistants for newer students. Every student engages in work-study at the university, which enables the Kepler to manage and run the organization at a low cost.

The results so far are promising. Kepler is doing a yearlong cognitive gains study in which it is comparing 100 Kepler students to 200 to 300 traditional Rwandan university students who match for similar socioeconomic and academic backgrounds. Kepler will publish the work in the summer of 2015, but the research is already starting to show that not only are Kepler students “perceived by many as superior in their skill levels and their attitudes,” Hedrick says, but that “their cognitive skills—their English, their technology aptitude, and other skills—are advancing at a very rapid pace—more rapidly we are beginning to see than in the control groups that we’re comparing them to in traditional universities.”

The results are obvious to employers, too. Kepler doesn’t just focus on the degree, but on how a degree leads directly to employment in Rwanda. Employers sense an enormous gap in the labor they require and the skills that universities are developing in students. The organization, therefore, has been working directly with companies in Rwanda to understand better the companies’ resource gaps as well as the workforce competencies they seek. Through immediate feedback from the employers about the Kepler interns, the organization has been able to skill up students on demand.

Hedrick tells a wonderful story about a student who was excelling at his internship at a Rwandan food-processing company. His manager, however, noticed that the student needed better Excel skills and to learn how to use Salesforce and QuickBooks within a short period of time. Hedrick recounts:

So, we’re setting him up with some self-paced modules and a little bit of coaching, but mostly online… And in this context, that’s revolutionary—the fact that a university would bother to talk to the employer partner during the internship, and try to provide real-time performance support for the student so that he can add more value. And it’s sort of like an outsourced HR service. We’re filtering our students to get them the right candidates for a particular internship opportunity that they have, and then we’re training them on the job at the same time that they’re working to try to improve their performance, and that’s really exciting to our employer partners.

Kepler is building a brand with employers, which is something that Clayton Christensen and I discuss in our work Hire Education. As traditional universities retreat from the notion of vocational training or continue to remain wary of aligning their programs and majors to the needs of today’s knowledge economy, there will be new upstart providers that emerge that will focus entirely on making clearer the connections between learning and work. And even if traditional institutions may have never heard of these organizations, the employer partnerships that they foster will inevitably play a key role in creating a whole new value network that connects students directly with employers.

It’s already happening in Rwanda. Hedrick can see that in the future, the university will be able to do more with alternative credentials or certifications—that is, pathways that move beyond the four-year degree. He explains, “We think that as our brand as an institution grows, that [Kepler certifications] will have more meaning to employers in the long run and in other countries where we work—as our reputation evolves.” Over time, more of these industry-validated experiences that emerge from the strong partnerships between online CBE providers and employers will have tremendous power in creating a separate and compelling value network that could rival schools with some of the longest legacies of prestige.

Dr. Michelle R. Weise is a senior research fellow in higher education at the Clayton Christensen Institute for Disruptive Innovation. Michelle’s commentaries and research have been featured in a number of publications such as Harvard Business Review, The Economist, The Boston Globe, Inside HigherEd, The Chronicle of Higher Education, and USA Today. She is the co-author with Clayton M. Christensen of Hire Education: Mastery, Modularization, and the Workforce Revolution.