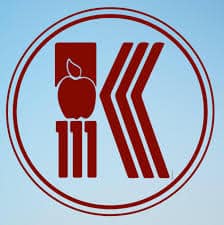 Adapting Arlo Guthrie’s famous lyric was irresistible, but we should also know Kankakee for their devotion to competency-based education. Their session at the recent Aurora Institute Symposium on how to plan for common start-up challenges in high school redesign was full of valuable lessons for transitioning schools and districts.

The presenters from Kankakee School District 111 in Illinois were Felice Hybert, Assistant Superintendent of Curriculum, and Brent Johnston, Curriculum Coordinator. They were joined by two leaders from Building 21—Chip Linehan, Co-Executive Director, and Sandra Moumoutjis, Chief Instructional Designer. Building 21 partners with school districts to design, launch, and operate innovative schools, including a competency-based school in Pennsylvania that was featured on CompetencyWorks in 2016.

Kankakee has partnered with Building 21 through their affiliate program, which supports schools and districts that are transitioning to competency-based education. Building 21 provides affiliate districts with their competency-based learning management system and data dashboards, technical consulting, leadership coaching, and teacher professional development. The partnership began when the Kankakee superintendent asked Hybert to write a grant application on competency-based education. She came across CompetencyWorks, read the blog posts on Building 21, found helpful resources on their website, and contacted Tom Gaffey, Building 21’s chief instructional technologist.

Kankakee started working with Building 21 in March of 2018 and began implementation with students in the fall of 2018. Each incoming class of 9th-graders will use the new approach, so the transition will be complete in four years. During the first two years, Building 21 has been an essential resource that Kankakee has “called constantly” for consultation. There was a two-week teacher “boot camp” for extensive professional development during the first summer, and now they have a daily 45-minute period (from 2:20 to 3:05 p.m.) when the students leave and teachers collaborate. This is made possible in part by a state waiver of student seat-time requirements.

Here are three sets of lessons learned that Kankakee and Building 21 shared in their Symposium session.

Start with Adults, not Students

Kankakee learned that any meaningful change begins with changing adult mindsets. The teachers’ thinking from their own traditional education got in the way of envisioning change. The rationale for change was clear, because the high school was already a low-performing school, and teachers knew that many students were leaving without what they needed to be successful. Many teachers agreed that the school was “running a credit-recovery factory,” and they knew that the rates of graduation, attendance, and teacher retention were all well below state averages.

Transformation efforts focused on the philosophy and rationale of competency-based education. Kankakee and Building 21 leaders emphasized the need to embrace risk-taking, vulnerability, ambiguity, and an iterative cycle of trying new strategies, experiencing success and failure, and making additional changes. They affirmed the messiness of working through change at the classroom, department, school, and district levels. Staff members were encouraged to adopt a stance that said “I don’t know the answer to that—this change doesn’t come all wrapped up in a binder. Let’s figure it out together.” They discussed the inevitability of meeting resistance and how to avoid backsliding once things got hard. In short, the school adopted a bias toward action and continuous improvement.

Transitioning to a competency-based system is challenging, which led Kankakee to work toward transparent measures of student performance. They worked with Building 21’s competencies and continua, which will be discussed in an upcoming CompetencyWorks post by Tom Gaffey. Starting with an existing set of competencies and adapting them based on local needs is a tremendous support, because many districts spend years working through the complex task of developing competencies.

Kankakee wishes that they had also started out with a Profile of a Graduate process that engaged their families and community—a wish that I heard from multiple transitioning districts at the Symposium. They said a graduate profile would have provided a key reference point as they were explaining the need for transformation to students, families, and community members.

One transition challenge was that teachers have had to work with two different grading systems in some classes. Two cohorts of students have started the competency-based model so far, which means that the 9th and 10th grades are competency-based, and the 11th and 12th grades are using traditional grading. In classes that cross these two groups, teachers need to use two approaches to grading.

All 9th-graders complete a “student boot camp” course on how to be a student in a competency-based system that “de-programs” them from the traditional system. Their first major performance task at Kankakee high school is a student-led conference to help explain the school’s competency-based approach to their families. Building 21 said that as students get older, they become the “oxygen in the room” in terms of articulating and supporting the competency-based approach, serving as its strongest ambassadors.

Kankakee is making rapid progress toward a competency-based system, and their work with Building 21 provides a strong example of how experienced partners can support newcomers. It will be great to watch their progress in the coming years. As Arlo would sing, they’ll have gone 500 miles when the day is done.