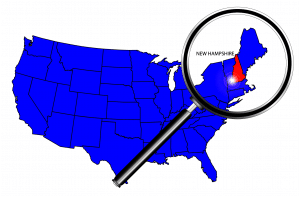 Completion-based funding (CBF) is a relatively new school finance model with the potential to increase student learning. Incentivizing completion of assignments increased the coherence between the funding system and the accountability system. When these two systems are aligned, schools improve their chances of success.

In a new study published by the Center for Innovation in Education, my co-authors and I chose to focus on New Hampshire in part because a 2015 iNACOL report named their completion-based funding model one of the best in the nation.

New Hampshire traded seat time requirements for a competency-based education (CBE) system in secondary schools over a decade ago. In a CBE system, students progress after demonstrating mastery over key concepts and skills. Before opening its servers in 2008, Virtual Learning Academy Charter School (VLACS) worked with the New Hampshire officials to replace enrollment-based funding with a new funding system based on completion of assignments.

We studied VLACS for the past year and have condensed our report into these five key facts you should know about their low-stakes, completion-based funding model.

We have given the VLACS funding model the name of “low-stakes” completion-based funding to differentiate it from the other handful of states who are practicing a different, “high-stakes” version of completion-based funding. The ability to earn partial funding makes VLACS’ version of CBF a low-stakes model. The school earns revenue every time a student completes an assignment. This means that if a student completes 50% of a course, the school can receive 50% of the per-course funding rate from the state. In a high-stakes model, as seen in Florida Virtual School, revenue is earned when a student passes an end-of-course exam and earns a passing grade in the course. This scenario allows for a situation to occur in which a student can make it through the entirety of a course with a passing grade, but fail the EOC exam and force the school to absorb all of the expenses undertaken in teaching that student. Schools funded based on enrollment assume the least funding risk, while schools funded by a high-stakes CBF scheme assume the most funding risk. Schools funded by low-stakes CBF systems are somewhere in between these two extremes. To the best of our knowledge, VLACS is the only school practicing low-stakes, completion-based funding.

When New Hampshire eliminated seat-time requirements, they embraced a system in which students were provided with as much or as little time needed to master content at their own pace. When they created an online charter school, they took their vision a step further. Rather than using the existing system that was based on seat time, leadership at VLACS drafted a funding system based on completions. The state operationalized CBF through a Memorandum of Understanding (MOU). The MOU converts completions into Average Daily Membership (ADM) so that the school can be funded at the same charter school funding rate as its peers without violating existing state statute.

VLACS earns funding based on the percentage of assignments a student completes, regardless of the amount of time a student spends enrolled in a course. They then aggregate the percentage of assignments completed across their entire student body. One student may have completed 20%, another 100%, and a third 80% of their assignments in a course. These three students combine to form two “completed” courses. For every 12 “completed” courses in a year, VLACS bills the state for one full-time equivalent student. New Hampshire’s charter school student funding rate was $5,498 in 2015.

We tracked the total funding levels for VLACS from 2011 to 2014. We then calculated how much funding the school would have received if they were billing the state under an ADM basis. The analysis showed that VLACS leaves a significant amount of revenue on the table by opting to be funded under a low-stakes CBF model instead of the ADM model practiced by every other school in its state. For example, in 2014, the school converted their student completions into ADM and received $5.5 million in funding. Had they billed the state based on ADM alone, they would have been allocated $12 million. States with highly profitable, low-performing online charter schools take note.

In our report, we concluded that VLACS was fiscally healthy and sustainable. However, their sustainability is dependent on a few aspects of their unique environment. One example is the New Hampshire state statute that funds new online charters at a lower per-student rate. This creates a barrier to entry into the online charter market for the state and is perhaps one of the main reasons why VLACS remains the sole online provider for New Hampshire. A second example is the hold harmless provision that funds part-time students twice: at their district school and at VLACS. These special provisions may be vital to the health and sustainability of this model and may not be readily replicable in other states.

We would love to hear from schools who are experimenting with completion-based funding, especially those in a brick-and-mortar setting. We would also love to hear about international schools that are practicing innovative funding models. Please reach out to our principal investigator, Dr. Larry Miller, at [email protected] or @edfiguy on Twitter.