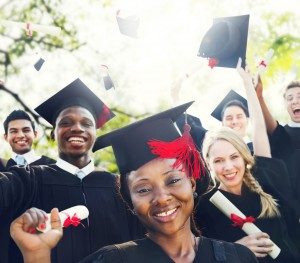 This post first appeared on CompetencyWorks on January 13, 2016, and it is part of the Maine Road Trip series by Chris Sturgis.  This is the fourth post in the Road Trip to Maine series. The first post is on lessons learned, the second is a look at Richmond Middle and High School, and the third looks at meeting students where they are.

Several times during the day with the RSU2 team, we touched on how important it is to think of what we want for students beyond test scores. Zima emphasized that he wants the students at RSU2 to be filled with hope – to have the skills they need to change their own environments and shape their futures. He referred to a video of Brandon Busteed, Education Director of Gallup, as he spoke before an Iowa Business Summit to Drive Education Reform. Busteed’s argument is that we are aiming at the wrong things in education. Our focus is all on academic test scores when the more important focus should be on building hope and engagement within the long-term goal of building well-being.

Gallup has been studying the best teachers for four decades. In the video, Busteed asks the audience to think about their best teacher and what they did for students. The one word everyone says is “they cared.” They are also relational and can personalize by finding out what makes kids tick. He then offers a model of human development that is built around research on what makes people successful. When we operate on our strengths, we generate a greater sense of hope and higher engagement that then leads to greater well-being and improved academic success.

Busteed proposes that hope is highly malleable and can be shaped by new experiences and the people around us. I shared with Bill Zima what Richard Murphy, a leader in youth development, had taught me about there being a difference between hope that is focused on thinking tomorrow is better (which might be better called optimism) and hope that is based on confidence that you have the skills to make tomorrow better.

As I watched the video, I started wondering whether we could have a national survey like NAEP that monitors well-being of students to balance out our focus on academic skills. What if state systems of assessments include measuring hope and well-being?

I don’t know how big a lift this would be. Zima described that an increasing focus of his leadership is about broadening the conversation on what it means to successfully help students learn within the current environment with its constant pressure from political leadership and media on test scores.

Perhaps we should start sharing how we frame what we want for our students on CompetencyWorks in a way that is compelling, sensible, and places test scores within a broader context.