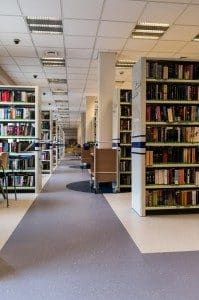 How a state structures its assessments and accountability systems can significantly enhance or impede competency education. Acknowledging this, North Carolina HB 439 expresses legislative intent that the state “transition to a system of testing and assessments…that utilizes competency-based learning assessments to measure student performance and student growth.” The bill passed the House by a vote of 112-2 but has stalled in the Senate. North Carolina can still pass the bill but must move quickly in order to do so because the legislature adjourns on July 1.

Federal rules require states to administer summative tests at the end of each school year that include test items from only students’ current grade levels. These single-point-in-time assessment systems discourage schools from implementing personalized, competency-based pathways.

Fortunately, recent federal actions may create windows of opportunity for states to improve state assessment and accountability systems. New Hampshire has received a waiver from the US Department of Education to pilot competency-based performance assessments and accountability models with a small subset of school districts. The United States Senate, in its ESEA reauthorization, is considering an innovative assessment pilot program that would allow states to implement assessment systems that support competency-based education.

North Carolina HB 439 includes the following defining parameters for a competency-based system, which bear a strong resemblance to the iNACOL CompetencyWorks definition for competency education:

Lastly, the legislation encourages the State Board of Education to evaluate the feasibility of integrating competency-based assessments into the statewide testing system.

Dale Frost leads state-level policy work for iNACOL. He recently came to iNACOL after having served as one of the leading education policy-makers in Arizona, having worked with all aspects of state-level policy from state budgets to legislation to state regulations.

Susan Gentz is a former staffer for a U.S. Senator and a Legislative Aide in the Iowa House of Representatives. Along with experience in both federal and state levels, she also worked for a government relations firm in Arlington, VA, with a focus on state policy. She is based in the Washington, D.C. metro area.